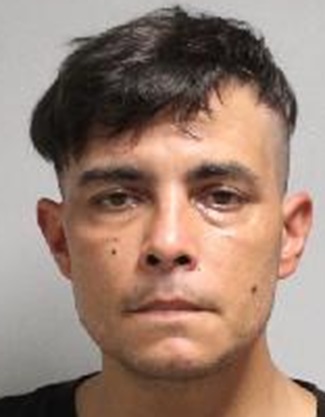 The Nanaimo RCMP is asking for the public’s assistance in locating 41-year-old Robert Silva, who is wanted for Possessing Stolen Property under $5000 and Driving While Prohibited.

The allegations against Silva stem from an incident in March of 2021, in which he allegedly stole a vehicle from downtown Nanaimo and just hours later, he and the vehicle were found in the area of Nanaimo Lakes Road.

The attending officers told Silva to exit the vehicle but it seemed he wasn’t quite ready to do so. At that time, Police Dog Knight was deployed to assist in removing him. This seemed to work. The next stop for Silva prior to going to the Nanaimo detachment, was to the local hospital to be treated for some superficial abrasions attributed to Police Dog Knight.

Silva was later released from police custody with a court date pending for June 23, 2021. Silva didn’t appear as required and hence, the warrants were issued.

Silva is a Caucasian man, 5 ft.9,180 pounds with brown hair and brown eyes. The picture provided is recent. Of note, Silva has a tattoo on his right forearm of a demon with rings, and one of a dragon on his left forearm.