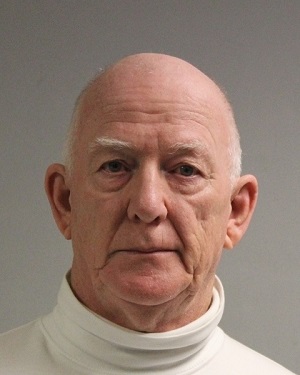 A warrant has been issued for the arrest of 69-year-old Michael Gordon Lowry of Nanaimo for Observe Nudity (voyeurism) and Possessing Child Pornography.

In August of 2019, several incidents of suspected voyeurism carried out in a residence in Nanaimo, were reported to the Nanaimo RCMP. As part of the investigation, police seized various electronics owned by Lowry. A search warrant was granted to search the items seized, and evidence was found to support the original allegations.

In November of 2019, the accused was arrested in the Lower Mainland and later released on conditions. Lowry recently missed a scheduled court date in Nanaimo Provincial court and as a result, a warrant has been issued for his arrest.

Lowry is a Caucasian man, 6 ft. 1, 200 pounds, bald with blue eyes. The picture provided was taken at the time of his arrest in November of 2019.