On January 18, 2021, 48-year-old Trina Hunt was reported missing to the Port Moody Police Department. An extensive search was conducted by police, Trina’s family and members of the community. On March 29, 2021, investigators located a body near Hope, south of Silver Creek. A few weeks later, IHIT confirmed the remains were that of Trina Hunt. 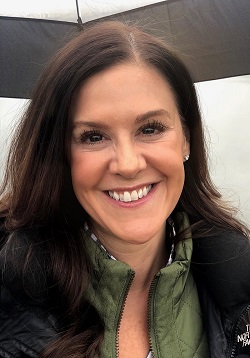 IHIT continue to investigate this homicide in pursuit of justice for Trina, Trina’s family and the entire community. Trina Hunt’s brother, Brad Ibbott has released the following statement, on this, the two-year anniversary of the onset of the investigation:

"Sadly, it has been two years since our dear Trina was first reported missing and was later found murdered in Hope, BC. This journey has been incredibly difficult, with never-ending waves of grief, anguish and trauma repeatedly engulfing us. Nothing about our path has been simple, says Brad Ibbott. We so wish Trina knew of all the support that has embraced her these past two years. Trina would be humbled, a little bashful (truthfully, a lot!) but would also be ever so appreciative of all the love. We continue to thank-you for the ongoing positive comments and support. Your kindness has truly helped us cope."

The family of Trina Hunt continues to offer a reward of up to $50,000 for new information leading to the laying of criminal charges.

IHIT is asking anyone with information, who has yet to speak to police, to contact the IHIT Information Line at 1-877-551-IHIT (4448) or by email at ihitinfo@rcmp-grc.gc.ca.