Three men have been charged with the murders of Arnold and Joanne De Jong, from May 2022 in Abbotsford.

On May 9, 2022, at around 10:26 a.m., Abbotsford Police Department (AbbyPD) responded to a residence in the 33600 block of Arcadian Way at which time two adults were found deceased. AbbyPD Patrol members confirmed the deaths as being suspicious and the Integrated Homicide Investigation Team (IHIT) was called in to investigate. The victims were identified as 77-year-old Arnold De Jong and his wife 76-year-old Joanne De Jong, of Abbotsford. IHIT continue to work closely in partnership with AbbyPD to further the investigation. 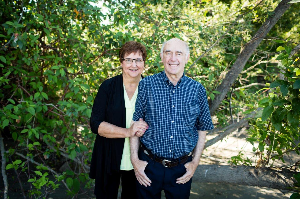 On December 16, 2022, IHIT investigators, along with members of AbbyPD, arrested three suspects for the murders of Joanna and Arnold De Jong.

Two charges of first degree murder have been laid against each of the following individuals:20-year old Gurkaran Singh, 22-year old Abhijeet Singh and 22-year old Khushveer Toor. All three men reside in Surrey.

Today we are a step closer to finding justice for Mr. and Mrs. De Jong. Their senseless murders shook our community to the core, says Abbotsford Police Department Chief Serr. I am grateful for the tireless efforts of IHIT, our AbbyPD Major Crime, Patrol, Forensic Identification and plainclothes teams to secure these charges. I appreciate our community’s support and their trust that we would never rest until those responsible were held accountable.