The Integrated Homicide Investigation Team (IHIT) has taken conduct of an investigation after a woman was stabbed inside her North Vancouver apartment.

On December 13, 2022 shortly after 11 a.m., the North Vancouver RCMP Detachment responded to a report of a disturbance in an apartment in the 200-block of 3rd Street West, North Vancouver. Officers arrived and located a 68-year old woman in medical distress, resulting from being stabbed. Despite the best efforts of first responders, the woman succumbed to her injuries. North Vancouver officers located a suspect on scene, who was immediately arrested in connection to the murder. IHIT has taken conduct of the investigation and is working closely in partnership with the North Vancouver RCMP, the BC Coroners Service and the RCMP Integrated Forensic Identification Section (IFIS).

Investigators are now identifying the victim as 68-year old Dominga Santos of North Vancouver, in hopes of furthering the investigation. 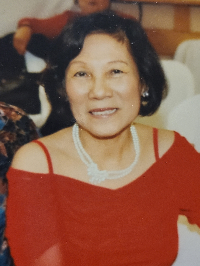 On December 14, a charge of second degree murder was laid against the suspect, now identified as 46-year old Anthony Del Rosario of North Vancouver, the nephew of the victim.

IHIT is asking anyone with information regarding the homicide to contact the IHIT Information Line at 1-877-551-IHIT (4448) or by email at ihitinfo@rcmp-grc.gc.ca.