RCMP are looking for stolen bike

Salmon Arm RCMP are asking for any information that might help assist them in locating a stolen bicycle.

On October 17, 2021, a man called the Salmon Arm RCMP to report that someone had broken into his shed on his residence in the 600 block of 5th Avenue SE in Salmon Arm, and stolen his bicycle. The man told officers that the lock on the shed was cut off. 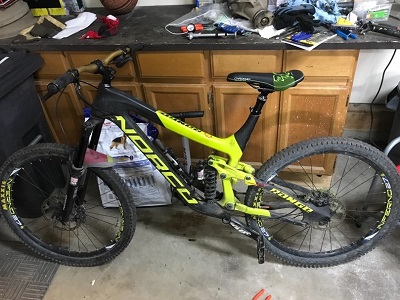 The bicycle is described as a black and yellow Narco Range 7.3 Carbon bike worth $5000.00. The bike has some unique and identifiable features including a green seat, black and gold stem, red rear hub, and green pedals.

Police are asking anyone who might have seen anything or have security camera footage that might assist in this investigation to contact the Salmon Arm RCMP at 250-832-6044.