Police officers attended the scene after receiving complaints that the driver had parked their vehicle on the sidewalk at the front entrance of the store before going shopping. The bizarre parking job and the manoeuvre caused safety concerns for clients and pedestrians in the area. 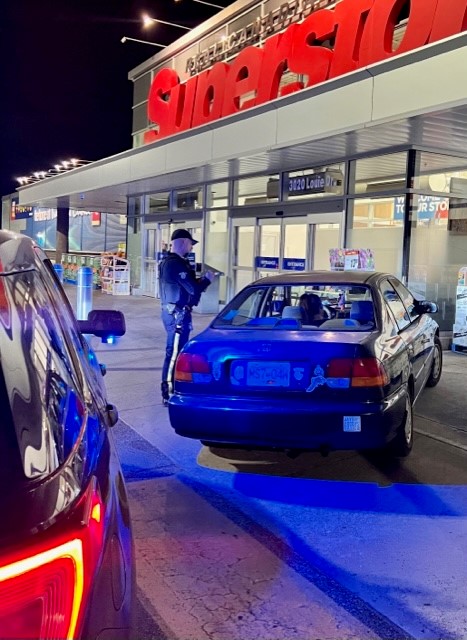 Police officers identified the driver when they returned to their vehicle, and it was determined that the driver was impaired by drugs. The vehicle was impounded, the driver was fined and their driver licence was suspended.

Most of these investigations were self generated by the police officers on patrols during the Thanksgiving long weekend and serve as a good reminder to always assign a sober designated driver, said Corporal Judith Bertrand, Media Relation Officer for the West Kelowna RCMP Detachment.