Grand Forks, BC – Officers from both the Grand Forks and Midway RCMP catch suspected truck thief

On August 30th, 2022 at around 4:45AM, Grand Forks RCMP are alerted to a theft of truck from Christina Lake, BC. Officers attended and began their investigation. The owner of the truck turned to social media to let people know about this crime. By 12:20 PM, someone alerted the owner that they saw his stolen truck heading west out of town on Highway 3. 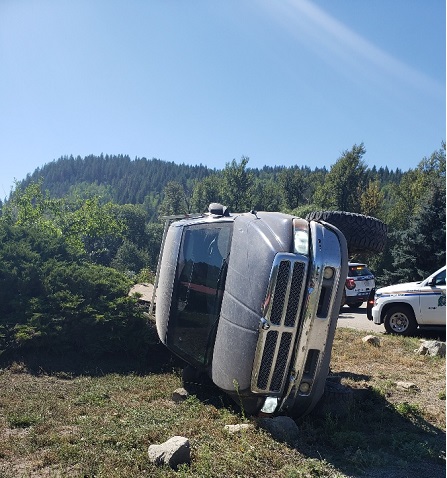 Michael Scott Miller, 41 years of age, from Oliver, BC is facing multiple charges ranging from Possession of Stolen Property to driving offences, to breaches of previous release orders. In addition, there were two outstanding warrants for his arrest out of Kamloops and Surrey. Miller is currently in custody at the Grand Forks Detachment awaiting a bail hearing for the multiple charges and outstanding warrants.

This was an exceptional response between two different detachments and our dispatch operators in Kelowna to coordinate this matter and apprehend the suspect,’ said Detachment Commander, Sergeant Darryl Peppler. Everything came together quickly allowing us to apprehend a suspect during the commission of a crime and bring them before the courts."