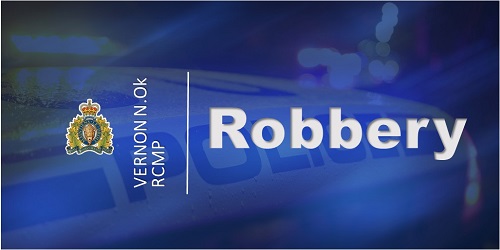 A Vernon man was arrested and remains in custody after police responded to a reported robbery on 27th Street in Vernon yesterday.

On Monday, August 29, 2022, around 12:15 p.m., police were called to the 5600-block of 27th St where a man tried to leave a retail store with unpaid merchandise. The suspect allegedly produced a knife when stopped by an employee and then fled on a bicycle.  Staff followed the man from a safe distance and provided updates on his location to the responding frontline officers who located and arrested him.

42-year old Craig Alan Leamon has been charged with robbery and resisting arrest. He remains in custody and is expected to appear in court later today.