The dog days of summer continue to be busy with 65-80 files a day, which can create service lag time, said Cst Maury Tyre. What the public needs to understand, is that when the police are faced with significant file loads, they seriously triage the calls that come in and that determines where and when a call gets responded to. We completely understand that when people call in to the police it's often because we are their last resort for the problem they are faced with, but just like hospitals deal with heart attacks before broken bones, police will respond to public safety complaints well before thefts and bylaw issues. At times, you may not hear back from an officer in regards to some circumstances until the following day, and it's entirely based on the resources available and the nature of the other calls police are dealing with at the time. We would very much like to thank the public for their patience during this busy summer season.

On August 23rd, 2022 at approximately 1000 am a red Momentum brand E-bike was stolen from in front of the Superstore at 1424 Island Highway. To date, this bike has not been recovered. In this case, the owners were able to provide police with serial and model numbers increasing the chance for the bicycle's return.

Sadly, high end bicycles continue to be a highly sought after theft commodity, said Cst Tyre. Surprisingly many victims of bicycle theft are unable to provide police much information beyond the brand of their bicycle and the colour and it seriously lessens the chance that police will be able to return the bicycle, even if it is recovered. Often times bicycles are recovered in other communities or even in the local community, but have been modified and thus are not identifiable by the brand and/or colour. There are some simple tips for bike owners to keep their investments safe.

On August 25th, 2022 at approximately 2:00 pm a male on a fat tire bicycle riding along the Discovery Harbour walkway collided with a pedestrian's dog and subsequently caused serious injuries to the pedestrian as well when the leash she was holding got entangled with the bicycle and dragged her to the ground. The elderly female pedestrian was taken to hospital for treatment and was later released, however the young Yorkie succumbed to his injuries at the local veterinary hospital.

It's important that individuals that are riding bicycles are aware that whether on a sidewalk or a road, there are rules that have to be followed. If you are involved in an accident you must remain at the scene, render aid if necessary, and provide your information to the injured party, said Cst Maury Tyre. What we are also seeing now are people who have taken up biking again in the last couple years due to Covid-19 lockdowns and are not overly confident on those bicycles and a lot of them are E-bikes which are faster and heavier than the riders have ever ridden before, making things more dangerous for all road and walkway users.

In this matter, police are asking that the individual come forward and take responsibility for their mistake before they are identified through video footage or witnesses.

Staff at Andrew Sheret Ltd. in Campbell River reported that after midnight on August 29th, 2022, a silver Dodge Ram had entered their lot and stolen several lengths of 10" and 12" Culvert in lengths of approximately 20 ft. 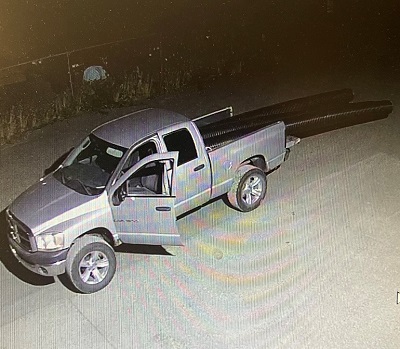 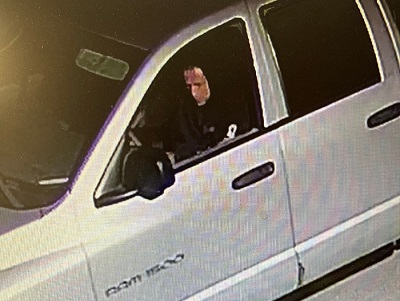 Photos were provided to the Campbell River RCMP of the vehicle and the driver. The Dodge appeared to be a 1500 model with an extended cab rather than the full crew cab option with a Caucasian man approximately 40 years old driving.