The Salmo RCMP are requesting the public’s help in locating a missing person that has not been seen or heard from since July 27, 2022 after he had attended the Shambhala Music Festival outside of Salmo, B.C. Harsha was supposed to visit a friend in Toronto following the event but has not yet arrived.

The investigation has determined that Harsha flew from California USA, to Vancouver BC on Wednesday, July 20, 2022. He stayed with a friend, and left the next morning to attend Shambhala through a ride share.

There was a report of a possible sighting of Harsha a week later on Wednesday, July 27, 2022 sitting on Highway 3 and 6 beside a suitcase. This suitcase, turned over to police, has been determined to belong to Harsha.

There was also a report of an East Indian male running through yards in Salmo on July 27 at 18:38hrs and it is believed to be Harsha, however this has not been confirmed.

There have been no further reported sightings of Harsha and his current whereabouts are unknown. 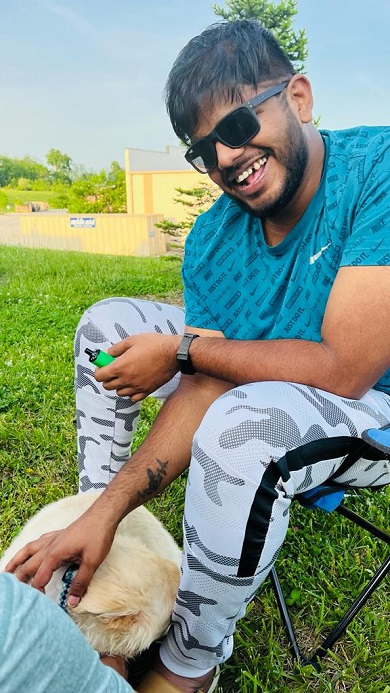 Harsha Paladugu is described as

If you have any information about Harsha Paladugu, or where he might be, contact the Salmo RCMP at 250 357-2212.