On July 13, 2022, Creston RCMP received information that a person wanted in the United States was in Creston, BC. The information was related to Louis Edward Flood, who has been wanted since 2001. 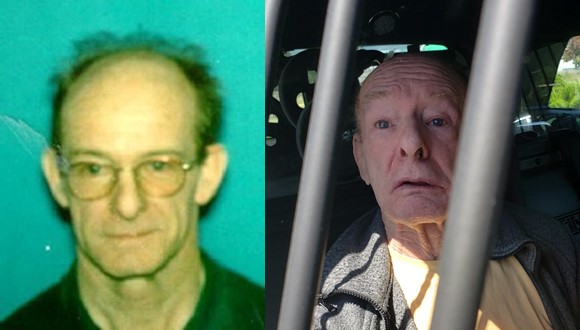 Based on the information received, Constable Dave Bickle from the Creston RCMP, reached out the United States Marshall Service, Idaho State Corrections and the Idaho State Police.

I was contacted immediately after my initial request and they provided me Flood’s records from 2001. They outlined how he was not complying with his parole and they provided the warrant for his arrest, stated Constable Dave Bickle. The agencies provided a photo from 2000 which I was able to use to confirm his identity.

On July 25, 2022, Louis Flood was removed from Canada to the United States where the US Marshall Service Fugitive Transport Unit took custody of him. Idaho State officials indicate Flood will be serving the remaining 13 years of his sentence in prison upon his return to the USA.

I never thought I would be involved with such an interesting arrest and to have the opportunity work with so many different agencies. This is a highlight for my career, says Constable Dave Bickle.

This was excellent police work by Constable Bickle. I am proud of how well he worked with all these different agencies, states Corporal Evan Diachok, Detachment Commander of the Creston RCMP. Everyone pulled together to get Louis Flood into custody. I would like to thank our partners in the United States and Canada Border Services for their hard work on this file.

Creston RCMP would like to remind the public that their assistance, no matter how big or small can make a difference to help bring criminals to justice. Anyone with information regarding criminal activity is encouraged to contact their local police and speak to an investigator.