Fraud
On July 6 a woman reported her computer had froze and a displayed a pop-up directing her to phone Microsoft to fix it. The woman called the number and a man named Chris was remotely controlling her computer. The woman then reported she was receiving e-mails from Geek Squad stating she owed $400. Police informed the woman that it was a scam, and thankfully she had not paid any money to anyone.

To learn more about the red flags to watch for in the most common types of scams, please visit sites such as the BC RCMP Frauds and Scams, Canadian Anti-Fraud Centre, or the Competition Bureau where you may obtain a copy of the very helpful Little Black Book of Scams.

Liquor Act
On July 6 at 8:30pm, police patrolled Downton Park and observed a lone man sitting on a park bench with open liquor. Police had the man pour out his open liquor, which he did without issue. The man was later observed leaving the park shortly after.

Roadcheck
On July 6 at 9pm Lillooet RCMP conducted a roadcheck on Main St near 7th Ave. Approximately 60 vehicles were checked. Violation tickets were issued for no insurance, fail to display N. One driver was issued a 24 hour driving prohibition after providing a breath sample reading just below a warning on an Approved Screening Device.

Intoxicated in public
On July 8 at 10am police located a passed out man on the sidewalk in the 900 block of Main St. Police woke the man who had slurred speech, was barely able to stand up, and smelled of alcohol. The man was transported to Lillooet cells to safely sober up and was released later that night.

Theft
On July 9 a woman reported she had a 6ft ladder, and 2 sprinklers stolen overnight on Russell St. Anyone with information regarding this incident is asked to contact Lillooet RCMP, please reference Lillooet RCMP file 2022-1375.

Suspicious vehicle
On July 10 at 8:30pm a woman reported a suspicious vehicle that had been parked overnight near Hwy 99 and Davis Rd. Police attended and located a Honda Accord and observed what appeared to be two handguns in plain view near the drivers seat. Police seized the two guns that were learned to be pellet guns, and the vehicle was towed. Police located the owner of the vehicle. The file remains under further investigation.

Liquor Act
On July 11 at 5:30pm, police patrolled Downton Park and observed three people sitting on a park bench with open liquor. Police had the group pour out their open liquor, which they did without issue. Police continue to monitor the park.

Baby on Main St
On July 12 at 9am, police received a report of a toddler running down Main St wearing only a diaper. Police attended and located a 3 year old walking on the sidewalk in the 600 block of Main St. The toddler appeared happy and uninjured, and was able to respond to police questions by nodding their head. During that interaction, the parents attended the Lillooet detachment to report their child missing. Police learned the couple were sleeping at a local hotel, and the had toddler woken up and unlocked the room door and left the hotel. The child was happily reunited with the parents.

Cougar hunting young buck
On July 12 at 11pm, a couple waved down police and informed them that there was a large cougar roaming around town. The couple stated the cougar was seen stalking a young buck near Russell St and 8th Ave. A nearby pub was closed and there was no concern of a cougar catching any young bucks around the pub. The cougar was seeing chasing one young buck into the treeline towards the Heights area. Conservation was engaged, but stated they would not kill the cougar if it was simply chasing young whitetails. No cougars were located in the area. Police are cautioning all men, and women, in town to be on the look out for a cougar. If seen report to the RAPP line at 1-877-952-7277. 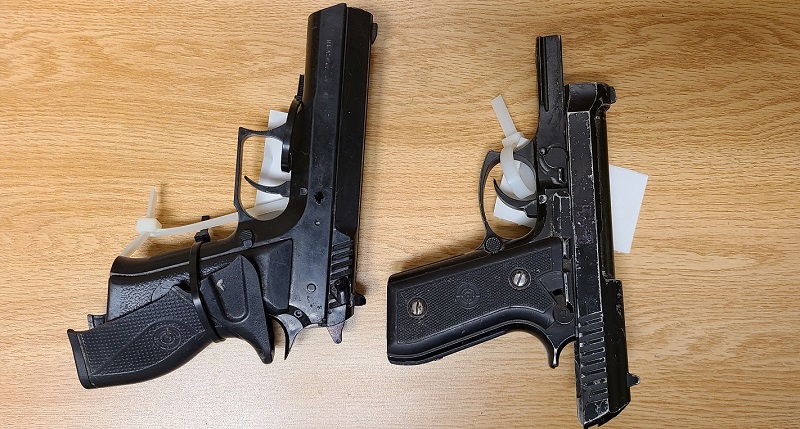