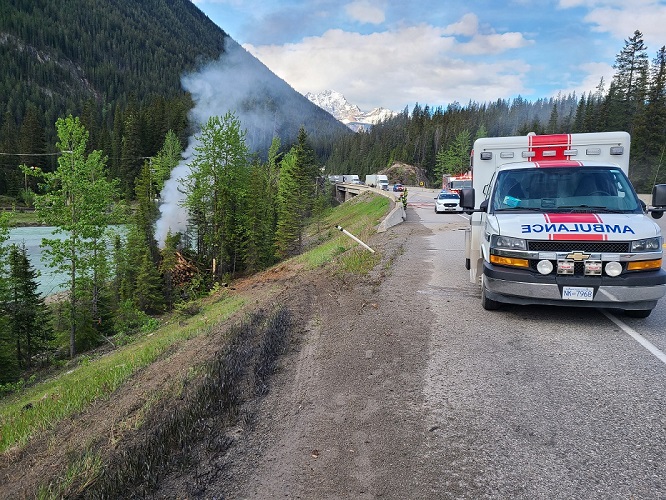 On the morning of June 15, 2022, Golden-Field RCMP and the BC Highway Patrol attended a motor vehicle collision this morning which claimed the life of one driver.

On June 15, 2022, just before 8:00 a.m., officers with the Golden-Field RCMP detachment and the BC Highway Patrol responded to a collision involving a logging truck and a Sport Utility Vehicle (SUV) on Highway 1 near Emerald Lake Rd in Field, approximately 45 km east of Golden, BC.

Initial evidence gathered at the scene indicated that the driver of the SUV was travelling eastbound when it crossed the centre line and collided head on with a logging truck coming from the opposite direction.

Investigators have determined that there was no criminality involved, says Cpl. Alex Bérubé, spokesperson for the BC RCMP. The investigation remains with the Golden RCMP and the BC Coroners Service.

No further information will be released at this time, pending the Next-of-Kin notification of the deceased driver.