After a two-year hiatus, the Oceanside RCMP is pleased to announce that police bike patrols will be returning this summer.

Oceanside RCMP officers recently attended a one week training course to learn specialized riding techniques for police bike patrols and Constables Nixon and Espenhain had an opportunity to use their new skills this past weekend at the Qualicum Beach Family Day. 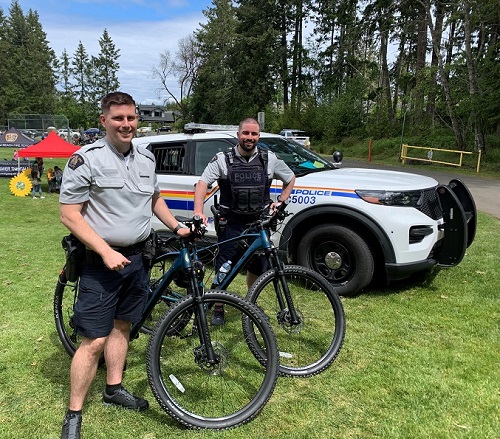 Police visibility was identified as a top policing priority in the community, says Staff Sergeant Travis De Coene of the Oceanside RCMP. Bike patrols are a great way for officers to quickly get to places that police cars cannot access and people can expect to see our bicycle officers patrolling various locations this summer including downtown cores, parks, and community events.