On May 19, 2022 at 3:00 P.M. Oceanside RCMP responded to a report of a robbery at the CIBC bank located at 130 Island Highway West in Parksville. The robbery occurred approximately ten to fifteen minutes earlier.

A man wearing blue or grey pants, a dark hooded sweatshirt, blue medical mask, reflective aviator style sunglasses and dark baseball cap entered the branch and demanded cash from the teller. The man is described as Caucasian in their mid 20’s, slim build and approximately 5 foot 7 inches tall. The suspect fled on foot toward Alberni Highway and then westbound in the lane directly behind the branch.

Oceanside RCMP frontline and plainclothes officers as well as forensic identification services immediately attended the scene to investigate. The suspect was not located.

There were no injuries, however the bank staff was understandably shaken up by the incident.

Surveillance from the bank shows the suspect’s baseball cap had an ECHO outdoor power equipment logo on the front and that the suspect had a large silver ring(s) on their right middle finger as well as a small dark tattoo at the base of their lower outside right thumb. 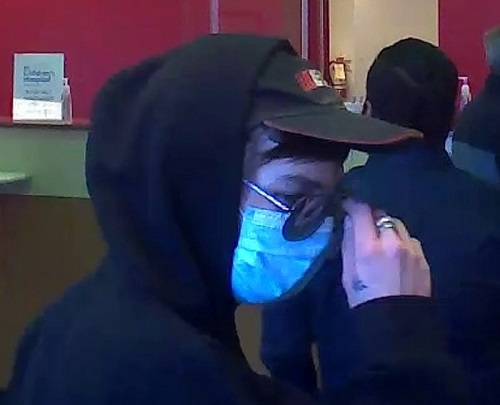 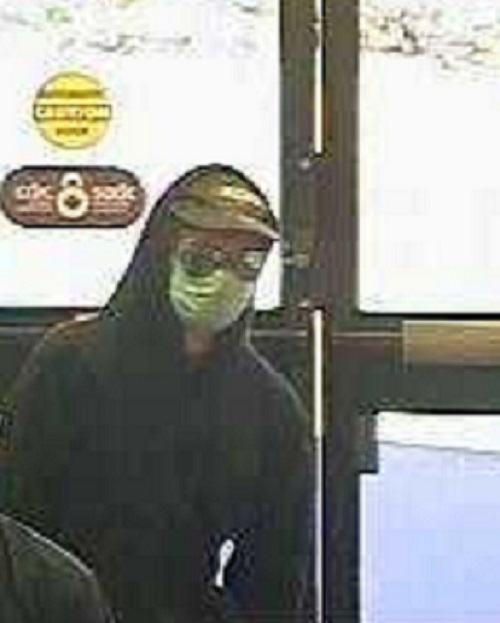 If you recognize the person from the surveillance photos, have dash cam or any other video surveillance from the area around the time of the robbery or have any other information about this offence, investigators would like to speak with you, says Sergeant Shane Worth of the Oceanside RCMP.