Lillooet, This Is Where We Work 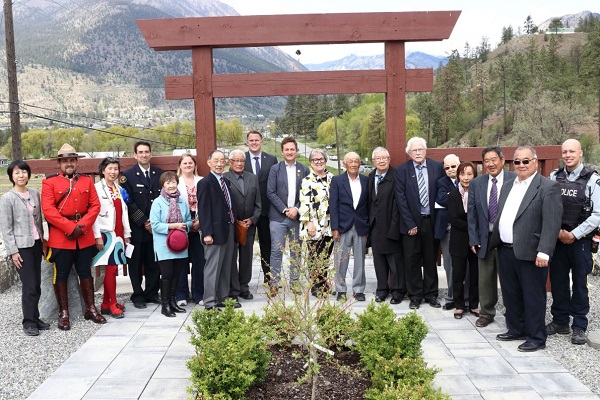 On May 7, 2022, the East Lillooet Seniors’ Garden Committee and the District of Lillooet officially opened the renewed East Lillooet Memorial Garden at Hwy 12 and Sumner Road in Lillooet, BC. The garden was renewed to commemorate the 80th anniversary of the Japanese Canadian Internment stemming from the War Measures Act.

Lillooet RCMP had the privilege to be invited to the Memorial Garden re-opening on May 7. It was a time to reflect on darker times in Canadian history, and recognize some of those that suffered because of it. Cst Hodges and Cst Cann were able to learn even more about the Japanese Canadian internment camps, listening to first hand stories about experiences as young children at the internment camp in East Lillooet.

Over 21 000 Japanese Canadians were unjustifiably removed their home along BC’s coastline and moved to various communities further inland. From 1942 to 1949 there were 309 Japanese Canadians interned in East Lillooet. Living conditions were far from adequate, with the first arrivals constructing 62 tarpaper shacks that only had a wood stove for heating and cooking.

This is a history in Canada, and in Lillooet that will not be forgotten. The internment of Japanese Canadians will forever be recognized and remembered through the beautiful Memorial Garden, stated Constable Andrew Hodges of the Lillooet RCMP. This garden was created by countless volunteers, including some that lived the internment experience. It is a reminder that there is no place or excuse for discrimination in our community.

This event is one of the many ways RCMP officers find unique ways to connect to their communities on a local, grass-roots level. 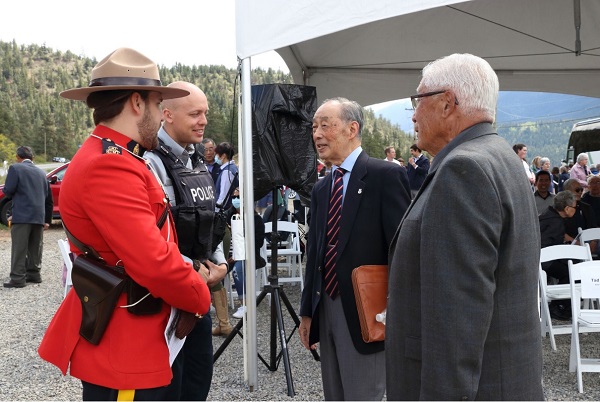