On Friday April 1st, 2022 Dawson Creek RCMP executed a search warrant of a local residence as part on an ongoing investigation into the local drug trade. As a result of the search warrant police seized approximately four ounces total of suspected heroin and fentanyl. In addition, police seized items associated to the drug trafficking industry including numerous cellphones, digital scales, ammunition, handgun holsters, two firearms and Canadian currency. A luxury sedan was also seized as it is believed to have been purchased with proceeds of crime.

On Saturday April 2nd, 2022 Dawson Creek RCMP executed a search warrant of another local residence as part of on an investigation into a stolen vehicle located at the residence. As a result of the search police seized over seven ounces total of suspected methamphetamines and fentanyl, along with smaller amounts of pre-packaged suspected cocaine and crack-cocaine. Police also seized items associated to the drug trafficking industry including ammunition, firearms, Canadian currency and dime bags.

Over the course of April 1st and 2nd, 2022, the Dawson Creek RCMP seized illicit drugs totaling a street value of over $60,000. Police were able to recover a number of real and imitation firearms along with ammunition, a stolen Chevrolet Silverado and a fraudulently obtained Dodge Caravan. Multiple arrests were made during each search warrant and a number of charges are being recommended against four Dawson Creek locals and two individuals out of Alberta. 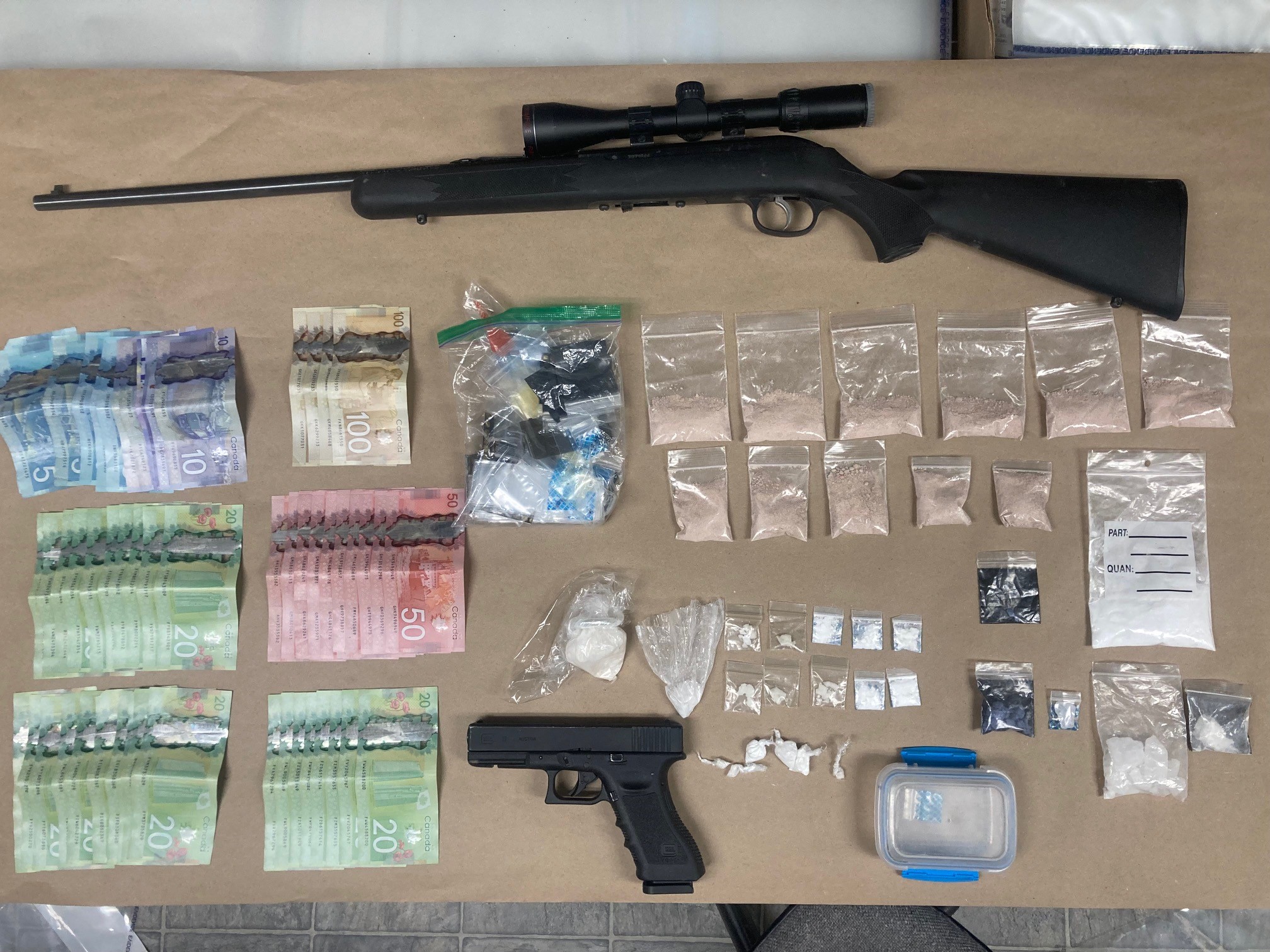