Grand Forks, BC – A lone male suspect robbed the CIBC in Grand Forks and made off with a large sum of cash.

On April 21, 2022 at 4:07 PM, a man entered the CIBC located on the 7300 block of 2nd St. in Grand Forks, BC and made off with a large sum of cash. The suspect wore a hoodie and had his face covered, approached a teller and made a threat that he had a gun and demanded the money. The suspect was handed some cash and then fled from the scene, heading south on 2nd Street.

Within minutes, Grand Forks police were in the area, examining the scene, making patrols, and canvassing local businesses, but unfortunately the suspect was not located. The RCMP Forensic Identification Section out of Nelson, BC will be attending to further examine the scene and collect evidence.

This is a very scary incident to happen in our town, says Grand Forks Detachment Commander Sergeant Darryl Peppler. These are very traumatic incidents for the staff and witnesses to experience, and we are very grateful that no one was hurt in this crime.

The male suspect was wearing a light blue hoodie and a dark jacket with the brand O’Neill on the back. His face was covered with a blue buff. 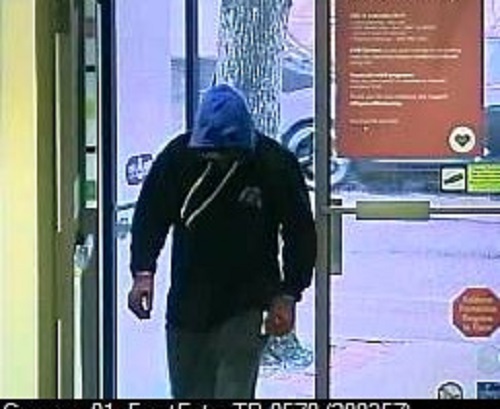 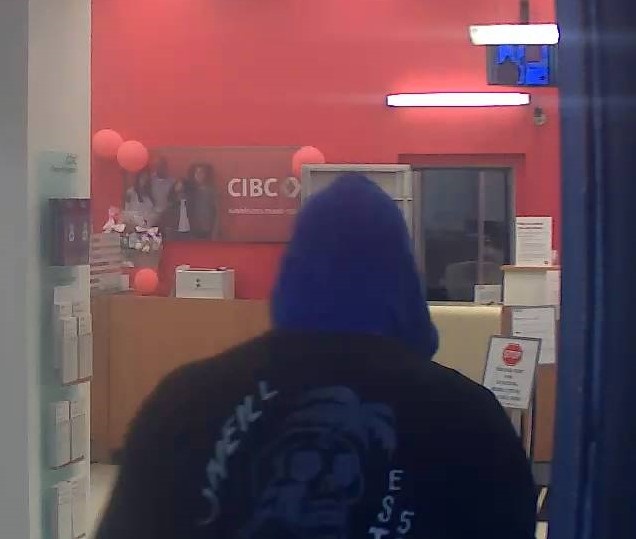 If anyone has any information about this crime or if you were in the downtown area around 4 PM on April 21, 2022, and may have seen something, you are encouraged to contact the Grand Forks Detachment. In addition, if your vehicle has any dash cam footage, and you may have captured any images, again, please contact the Grand Forks Detachment at 250 442 8288