Campbell River RCMP executed search warrants on Viskovich’s vehicle along with two residences associated to Viskovich. As a result, police located and seized 22.85 grams of Cocaine, 347 grams of Psilocybin and approximately one pound of Cannabis Marihuana. Police also seized over $26,000 in cash and two vehicles used by Viskovich as Offence Related Property. In addition to the drugs and proceeds of crimes, an extensive list was seized that is believed to be Viskovich's drug client list. 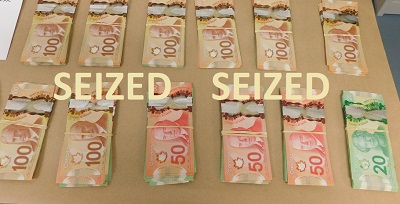 Viskovich has been charged with:

Due to the nature of drug investigations, said Cst Maury Tyre, the charge approval process can be quite complex after someone is arrested. When charges for trafficking are approved we are committed to let the public know of the work have undertaken as a detachment.

If you have information on any criminal activity please contact the Campbell River RCMP at 250-286-6221 or in an emergency call 911.