Just after midnight on February 28, 2022 the Port Alberni RCMP was dispatched to a structure fire in the 4800 block of Ian Avenue. As officers arrived Port Alberni Fire Department was actively attempting to put out the fire. 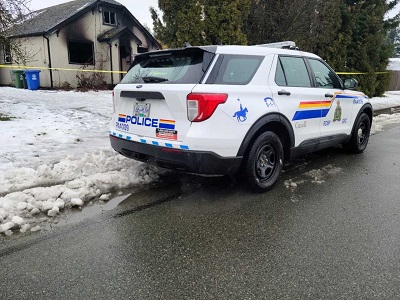 With the assistance of two people walking past, the two residents were able to get out of the house prior to responders arriving. Despite rescue efforts one man later died at the scene.

This is an absolutely tragic event that as ended in the worst way. Our thoughts are with the family of the deceased said Constable Richard Johns, Media Relations Officer for the Port Alberni RCMP. "We thank the passersby's who helped the residents escape this fire"

Through preliminary investigation, police believe that the fire was not caused by any criminal actions.

The BC Coroners Service is also conducting a concurrent fact-finding investigation into this unexpected death. Due to the privacy of the deceased, under the Coroners Act, the deceased’s name will not be released.