A modified firearm and ammunition were seized as a result of a search warrant executed by Oceanside RCMP. 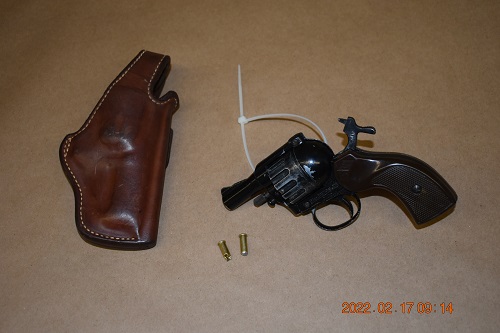 On February 16, 2022 officers from the Oceanside RCMP General Investigation Section executed a search warrant at a Parksville residence in relation to a firearms investigation. During the search, officers located and seized an illegally modified firearm loaded with ammunition. One person was arrested and later released.

In addition to the firearm being modified, it was improperly stored and the arrested person, a 49 year-old Parksville man, was not licensed to possess firearms.

Modifications to firearms are extremely dangerous, says Sergeant Shane Worth of the Oceanside RCMP. The Oceanside RCMP are pleased this firearm has been seized and removed from the community.

Officers are continuing the investigation, which will include laboratory examinations, and expect to submit a report to the British Columbia Prosecution Service recommending charges.