On December 1st 2021, Police were called to a Break and Enter at a business in the Windermere area that had occurred overnight. The property representative provided a list of stolen items, which included a golf cart, a pink pocket bike, various tools and a large amount of fuel.

Based on recent property crime activity, the responding officer attended a known residence on Subdivision Rd. in Windermere and located the stolen golf cart. As other items were observed to be stolen inside the residence, two individuals were arrested.

Both individuals were held at the Columbia Valley RCMP detachment. The residence was secured until a Search Warrant was obtained.

Later that evening, a Search warrant was executed at the residence. During their search, Police officers located two shot guns, various imitation firearms and other suspected stolen items. The investigation is ongoing as there appear to have connection to other recent investigations. 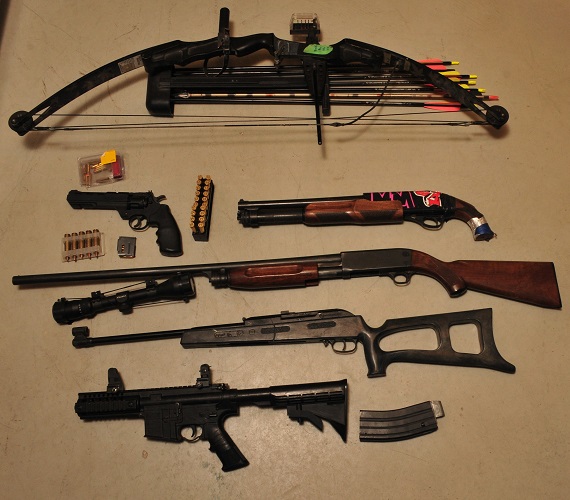 "The recent uptick in property crime can be attributed to only a handful of people in the area states Cpl. L-P. Gendron-Fafard. Our officers are aware of these individuals and are continuously monitoring their activity to safeguard the community against property offences.

Cpl. L-P. Gendron-Fafard also adds, The Columbia Valley RCMP kindly reminds you not to leave valuables such as wallets, car keys and garage door openers in your vehicle. Several construction sites have also been targeted lately. We have arrested and recommended charges on various offenders as well as identified several other suspects, but we are still asking for your cooperation to reduce the amount of items easily accessible to thieves in the region.

The two individuals were released on numerous conditions and will be appearing at the Invermere Provincial Court on February 7th, 2022.

Pending their court appearance, the Columbia Valley RCMP will be working with the BC Prosecution Service and Community Correction to ensure proper monitoring of the alleged offenders.