School zone speed limits are now back in effect. This means a 30km/h speed limit in all marked schools zones, Monday through Friday from 8:00 a.m. to 5:00 p.m. on all regular school days.

Whistler and Pemberton RCMP will be out conducting enforcement in school zones.

On September 22, 2021, at approximately 12:00 PM, Whistler RCMP responded to a mischief complaint at the public washrooms located at Alpha Lake Park. RCMP were advised that feces were spread all over the male and female washrooms.

On September 26, 2021, at approximately 6:35 AM, Whistler RCMP responded to a second mischief report within a week. RCMP attended to Spruce Grove Park Washrooms which were tagged and vandalized. Vandals spray painted the washroom facility walls both inside and outside, broke a mirror, and ransacked the place by emptying the garbage cans. The incident occurred sometime between September 25th from 7:00 PM until September 26th at 6:30 AM. This investigation is still on going.

Cpl Nate Miller is asking parents to talk with their children regarding the recent Tik Tok Bathroom challenge. The Tik Tok challenge consists of someone causing damage, usually to a public restroom, and posting a video of the vandalism to Tik Tok. The RCMP are taking these recent acts of senseless vandalism very seriously and will be proceeding with forwarding charges of Mischief if the individuals are identified.

Anyone with information about these incidents are asked to call the Whistler RCMP at (604) 932-3044. If you have information and would like to remain anonymous, please contact CRIMESTOPPERS at 1-800-222-8477 (TIPS).

Whistler RCMP take 5 impaired drivers off the road on the evening of September 26th.

On the evening of September 26th, Whistler RCMP set up several sobriety check points throughout Whistler between the hours of 1:00am and 2:30 AM. During this time, two 3 day IRP’s (Immediate Road Side Prohibitions), one 7 day IRP, and one 90 day IRP were issued. I am really proud of our members and their commitment to taking impaired drivers off the street. It’s concerning, that four Road side prohibitions were issued in such a short of a time period stated Cpl Nate Miller. Whistler RCMP would like to remind the public to please be responsible and find alternative rides home.

On September 28th, 2021, at approximately 1:30 PM, Whistler RCMP received two separate calls of a male hitchhiker who was observed pulling out a hand gun and firing it into the air and at road signs. The suspect male was described as approximately 35 year of age wearing a dark hoodie and camouflage pants. The suspect make was last seen walking on Hwy 99 just south of Alpha Lake Road. Whistler RCMP immediately responded and searched the entire area. The Whistler RCMP observed a male matching the description on the South West side of Hwy 99 just past Alpha Lake Road. Police on scene identified the suspect male, and he was taken into custody without incident. Upon searching the suspected male, members located a hand gun tucked into the front of his pants. The gun was confirmed to be a airsoft gun.

It’s important to note that this airsoft gun had all the characteristics of a firearm and could only be differentiated by police as a airsoft gun after members were in possession of it stated Corporal Nathan Miller. This is obviously a very high risk situation for our members to respond to and we are thankful no one was hurt.

The male, from Squamish, was known to police and Whistler RCMP are recommending charges of Possession of a weapon for a dangerous purpose, Possession of a controlled substance, and three counts of failing to comply with a probation order. 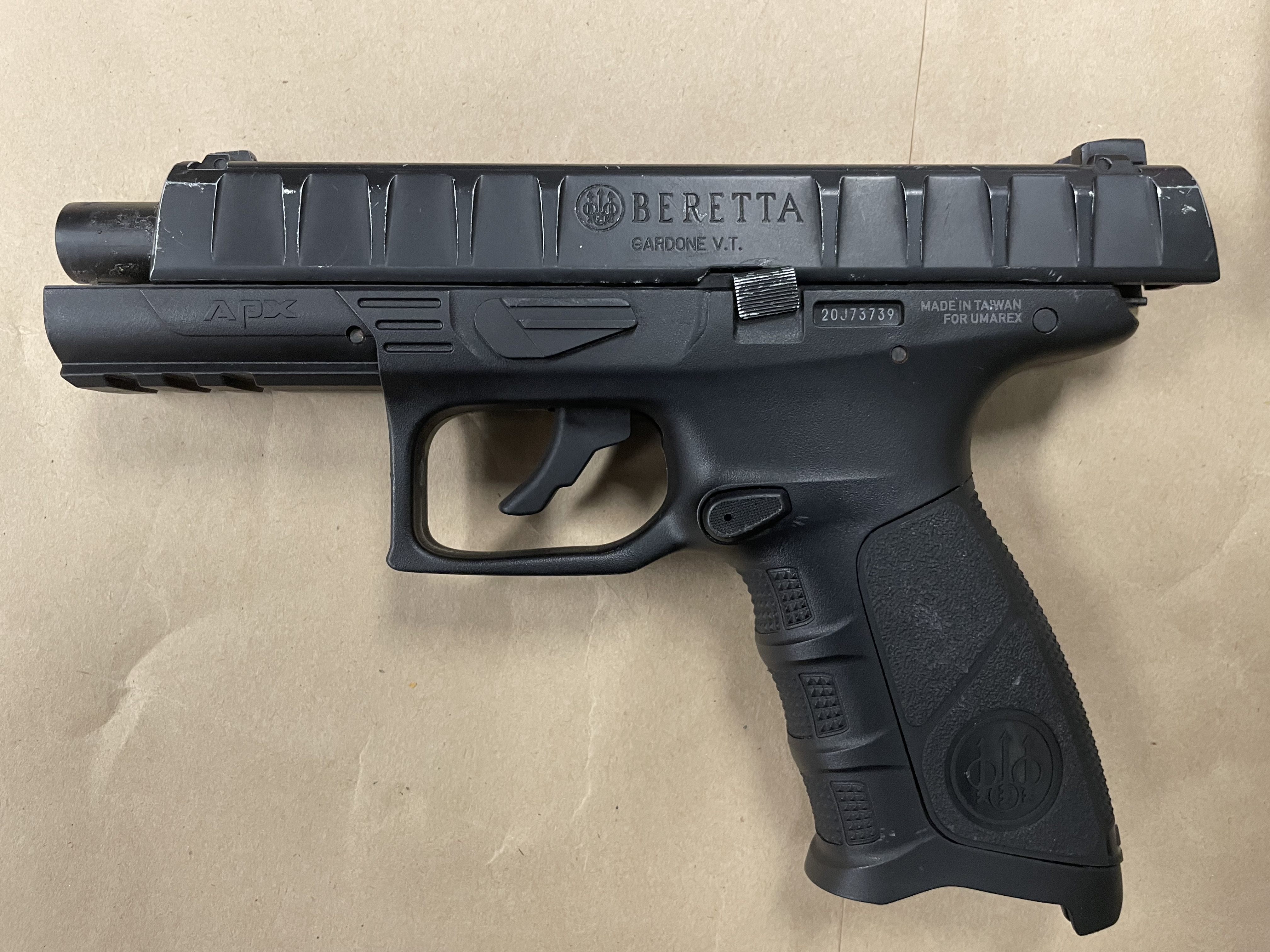