Jeremy Smith, a man wanted by the Pt. McNeil RCMP for serious offences, was located and arrested without incident in the early hours of September 11th, 2021 after a tip was received from downtown security patrols. Smith was held in custody to face pending charges.

Police were called to a report of a suspicious fire in a makeshift trailer outside of a business in the 1200 block of Ironwood at 12:30 am on September 12th, 2021. Video of the incident showed a man and woman hovering by the trailer at approximately 11:45 pm on September 11th, 2021 and smoking something while they were investigating the contents of the trailer. A flash could be seen within the trailer bed and the pair casually walked away as the trailer began to catch on fire. Fortunately, due to the metal construction of the trailer and a business owner who happened to glance at their security feed, the fire did not spread and the Campbell River Fire Dept. was able to extinguish the blaze. Police are reviewing video footage and speaking to people who may have been in the area that morning. Please contact the Campbell River RCMP at 250-286-6221 if you have any information regarding this incident. 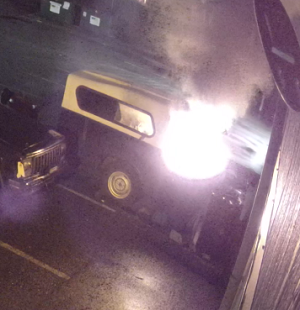 Since Sept 1st, 2021, 10 bikes have been reported stolen to the Campbell River RCMP. Several of these bicycles have value in the thousands of dollars.

It is so important to make sure you have accurate serial numbers for your bicycles, said Cst Maury Tyre. Unfortunately a description of the bicycle is relatively useless as we are aware that many of them are painted almost immediately or parted onto different bicycles so they do not appear the same. The only thing that remains a constant is that serial number and when we approach suspects on bicycles we are checking reported serial numbers to ensure those bikes aren't stolen. Sadly, after a paint job and parting out it's extremely difficult to tell whether we are looking at a bike worth thousands or a hundred.

In order to further protect your bicycle it's suggested that you bring them inside when you are home and use high end locks and chains and lock the bike to something that is extremely solid. Some brands of locks and chains will even offer certain monies back to you if items are stolen and their locks have been compromised. Storage of a bicycle, visible within a vehicle or on your car bike rack is not recommended. If you are travelling it's worthwhile to inquire whether the locale you are staying at has overnight secure storage.

As always, if you wish to report a crime or a suspicious circumstance, please contact the Campbell River RCMP at 250-286-6221 or in an emergency call 911.