As police officers around the province wind up a month long Provincial Campaign focussed on high risk driving, a member of the BC Highway Patrol in Golden stopped a driver from Alberta who was exceeding the construction zone speed limit by 123 kilometers per hour on Highway 1. The driver was travelling a whopping 173 kilometers per hour in a 50 kilometer per hour construction zone. Once stopped, the driver stated he was trying to make it through on Highway 1 before the scheduled road closure related to the Kicking Horse Canyon highway upgrades. The driver received a violation ticket for excessive speed and his vehicle was impounded for 7 days.

Sergeant Brad Matchett, the NCO in charge of BC Highway Patrol – Golden said, At that speed, the time to perceive and react to situations is severely diminished. The danger is compounded when travelling in a construction zone where workers are vulnerable and road conditions often require speeds much slower than the usual speed limit.

Although the High Risk Driving Campaign is closing out in a few days, police around the province including the BC Highway Patrol are always on the lookout for these types of driving behaviours that put those drivers, the public, and workers at risk. 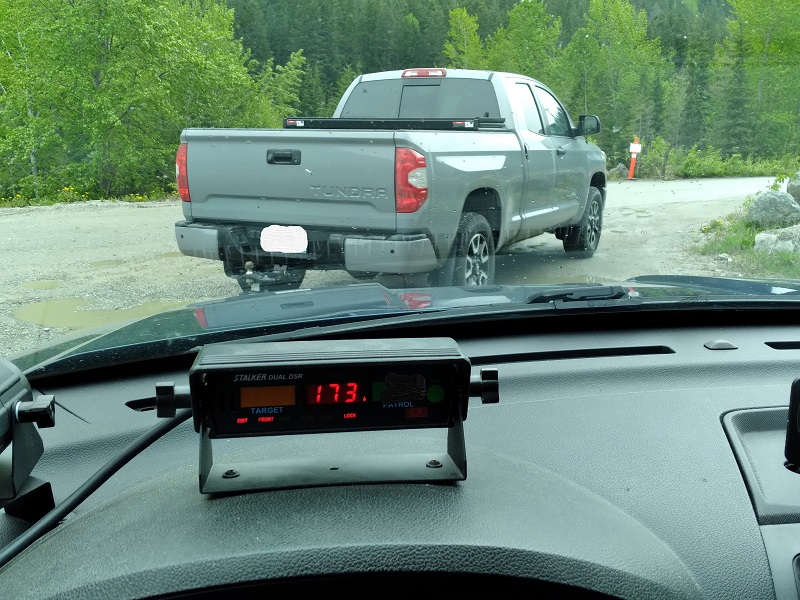