This police truck is being dedicated to the memory of Constable Michael BUDAY, a Regular Member who lost his life in the line of duty. On March 18th, 1985 Cst. Buday, a member of the North Coast Emergency Response Team based out of Terrace, was deployed to Teslin Lake, Yukon in order to apprehend an individual. This suspect had a history of theft and threatening anyone that ventured into the area. It was later determined that he had murdered a missing trapper several years earlier.

The North Coast ERT landed on Teslin Lake in the morning of March 19th, 1985 and deployed in a manner to contain the suspect. The suspect was able to circle behind Cst. Buday and shot him from behind killing him instantly. The remaining ERT members returned fire and the suspect was killed. Cst. Buday was 27 years old at the time of his death. 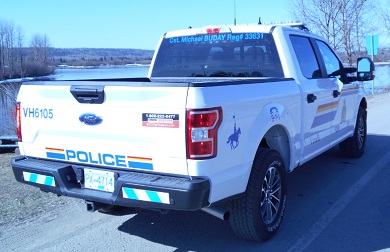 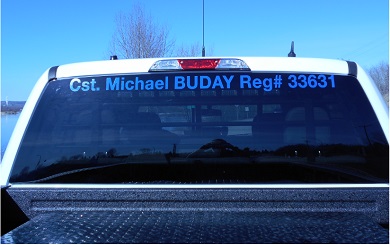 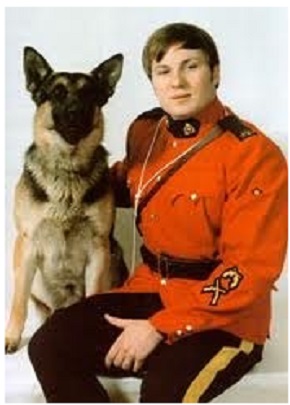