The Salt Spring RCMP is seeking witnesses after two vehicles were damaged on Northend Road, near Fairway Drive at St. Mary Lake in the early morning hours of March 28, 2021.

For reasons that have yet to be determined, unknown suspect(s) decided to throw rocks at two parked cars. The rocks caused damage to the vehicles including breaking one of the windows. 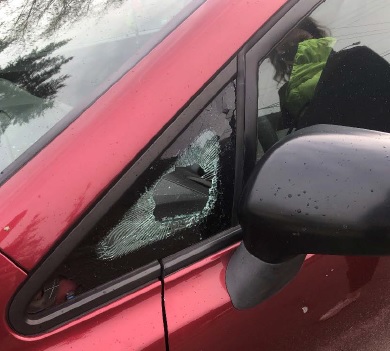 This senseless act was made more dangerous by the fact that both parked vehicles were occupied at the time. Witnesses in the area reported seeing a white Dodge Ram pick-up with dual rear wheels in the area at the time of the incident.

Investigators are still trying to determine if the occupants of the Dodge truck are the suspects or simply witnesses to the incident says Salt Spring RCMP Detachment Commander Clive Seabrook What caused someone to do this is unknown. There are far better things to do on Salt Spring than throw rocks at cars!