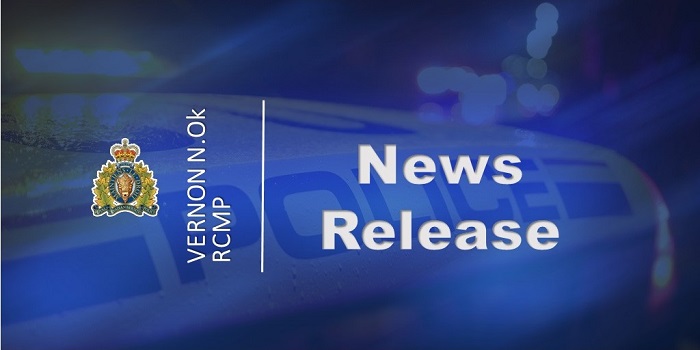 A large police presence could be seen in Enderby on Saturday, after reports of a man who was wanted by police was hiding in an apartment building.

On June 27, 2020, just after 9:00 pm, the North Okanagan RCMP received a report from the public that an un-wanted male had entered an apartment building located in the 700 block of Cliff Ave, Enderby, BC. The male, who had a warrant for his arrest and is well known to police, was allegedly hiding in a particular unit of the building and failed to respond to police commands to surrender.

Given the suspects known criminal history, police evacuated the apartment building to the best of their ability while they awaited the arrival of the Police Service Dog and the Emergency Response Team, says RCMP Cst. Kelly Brett. After the arrival of both teams numerous attempts were made using de-escalation techniques to have the male surrender peacefully, however were un-successful. The Emergency Response Team then made entry to the unit using multiple distraction devices.

36 year old Alex Boucher was successfully taken into custody without injury on his outstanding warrant. Boucher was later released by the court.

No further information for release.