Just after 5 p.m. on April 5, officers observed a vehicle with what appeared to a purposefully obstructed licence plate, parked on the Morice Forest Service Road near a storage compound. 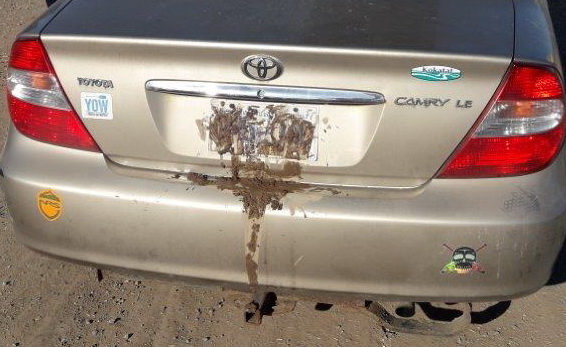 Just prior to the traffic stop, three women were observed running from the compound to the vehicle. Officers observed what appeared to be damage to a light generator and entered into an investigation for mischief, as well as breach of the Supreme Court Injunction.

The five women (none of whom were youths), who were located inside the vehicle were detained briefly, identified, and released pending the outcome of the investigation.

Follow-up investigation has determined the woman were not involved in the mischief, however the breach investigation remains on-going.