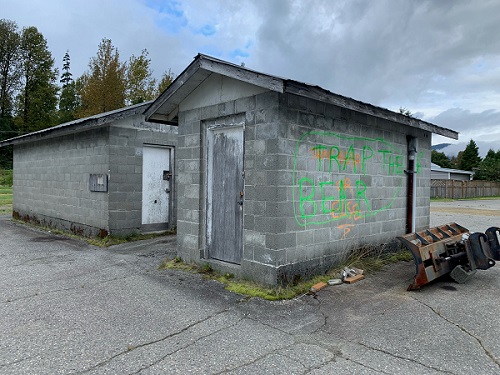 On September 12, 2021 at 10:00 am, Kitimat RCMP received a report of mischief to the side of a concrete building in the Vista Village Trailer Park in Kitimat, BC. The side of the building was spray painted with Trap the Bear at some time over the prior night overtop a second spray paint that happened and was reported the week earlier.

It’s important for people to remember that acts such as this are not only inappropriate and illegal but do not promote the change you would like to see stated Cst. Woodcock, If there are concerns of wildlife causing problems in the area it should be reported to Conservation so they can evaluate and deal with situations as needed.

Conservation can be reached at 1-877-952-7277 for any conflict with wildlife that threatens public safety.