On August 8th, 2021 at about 11:30 am North Cowichan/Duncan RCMP Frontline Officers attended a two vehicle collision near the 7800 block of Trans Canada Highway north of Duncan.  The two vehicles reportedly collided in the south bound lanes.  One of the vehicles was driven by a 42 year old Saanich female and her two children, ages 13 and 10 years old, who were passengers.  The other vehicle was driven by a 28 year old male from out of Province and the two passengers were a 28 year old female and a 28 year old male.

Four people were transported from the scene by ambulance to Victoria with non life threatening injuries. 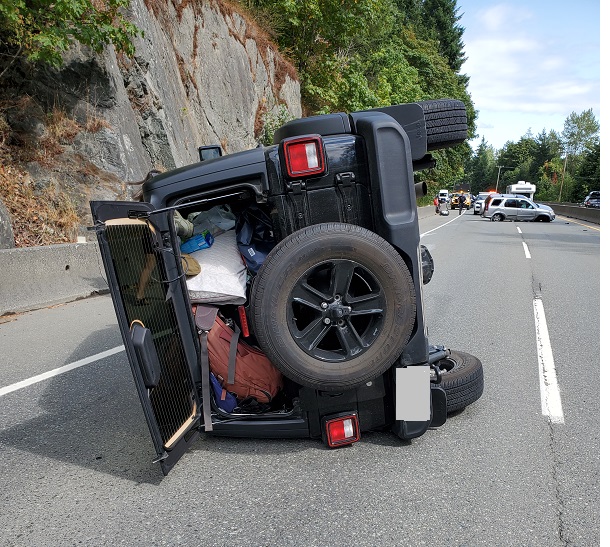 This incident is still under investigation, however there is no evidence of any drug or alcohol consumption being a contributing factor to this collision.

There were a number of people who were travelling the highway at this time, many who stopped to provide assistance to those involved in the collision.  "It is heart warming for First Responders to arrive on scenes such as this and find strangers lending a hand to those in need. When we arrived everyone was awesome.  There were people helping those involved in the crash and people were so patient while we dealt with the scene and cleared up the highway to get traffic moving again," said Constable Jordan Symon