Can you help identify a man in connection with a fraud?

On Friday, May 21, 2021, Northern Rockies RCMP received a call regarding an attempted fraud.

A local financial institution reported that a man, who has been known to conduct fraudulent transactions attempted to make another one. 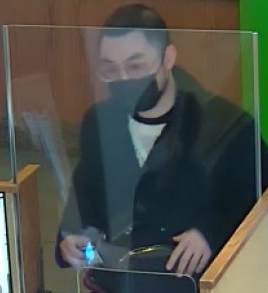