Motorist in Lumby pulled over by man impersonating police. 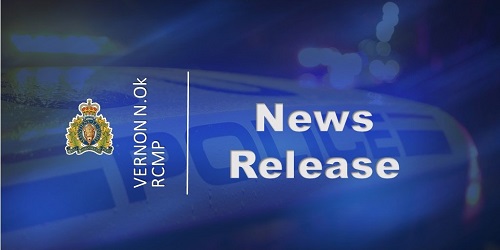 Early this week, the Southeast District RCMP released information regarding an incident where a person allegedly impersonating police conducted a traffic stop with a motorist on Hwy 33 between Rock Creek and Kelowna.

Since that time, another motorist has come forward reporting a similar experience on Hwy 6 in Lumby. On Saturday March 13, 2021 at approximately 9pm, a motorist was travelling on Hwy 6 between Vernon and Lumby when a white colored vehicle, described as a SUV or pick up truck, pulled in behind them and activated red and blue lights. The motorist pulled over to the side of the road and a man approached the driver’s side window with a flashlight. After a brief conversation, the male suspect returned to the white vehicle and turned off the red and blue lights.  When the motorist pulled out onto Hwy 6, the white vehicle followed.

As the motorist drove away, the suspicious white vehicle was in the process of stopping another vehicle on Hwy 6 near Dure Meadows Road in Lumby. said Cpl Tania Finn, Media Relations Officer with the Vernon North Okanagan RCMP. Police are interested in speaking with that motorist or anyone else in our area who had a similar experience.

The male suspect is described as being of average height and weight, with dirty blonde hair wearing a white button down shirt and black or dark blue khaki style pants.

If you have any information regarding this incident, please contact Constable Ashley Gravelle at the Lumby RCMP non-emergency line of 250-547-2151. Or remain anonymous by calling Crime Stoppers at 1-800-222-8477, or leaving a tip online at www.nokscrimestoppers.com. You do not have to reveal your identity to Crime Stoppers. If you provide information that leads to an arrest, you could be eligible for a cash reward.