The days before Christmas were busy ones for the Hudson’s Hope RCMP, but not due to overactive criminals, a rise in crime sprees or other nefarious reasons.

It started on December 17th, 2020, an elementary class from the local school dropped by the Hudson’s Hope RCMP detachment. The class had been learning about local hero’s and wrote letters to community members to show their appreciation. Several letters with amazing pictures, a Christmas card and treats were dropped off. Cpl Gardner was then entertained with a very cheery Christmas carol sang by the students. 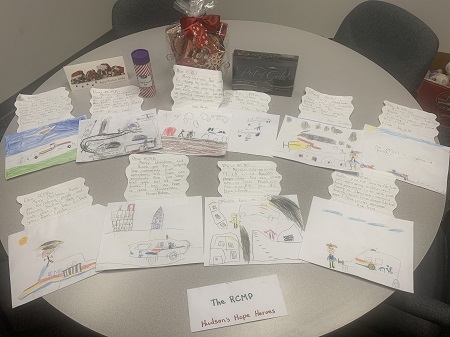 View larger image: Thank you letters, treats and Christmas card from students laid out on display

On December 23rd, 2020, the Hudson’s Hope RCMP were advised of an animal that was stuck on top of a frozen pond. Once on scene, it was thought maybe a reindeer, on a practice run, had gotten into trouble, but it turned out to be a cow moose. She appeared to be attempting to skate across the pond, but had fallen and could not get her footing. The moose was noticed to be getting very cold laying on the ice. A local farmer assisted by using a tractor and bale of hay to slide her to the ponds edge, and then assisted Cst SCHMIDT in getting her away from the pond to encourage her not to go back onto the ice. The moose was seen leaving the area after a short break to rest, thankfully giving up her dream of performing in her rendition of Moose Capades. If one was keeping track, in 2020 Cst SCHMIDT has been involved with assisting this cow moose, recently retrieving  a cow calf from frozen water, and helping a baby deer and a small bear cub. 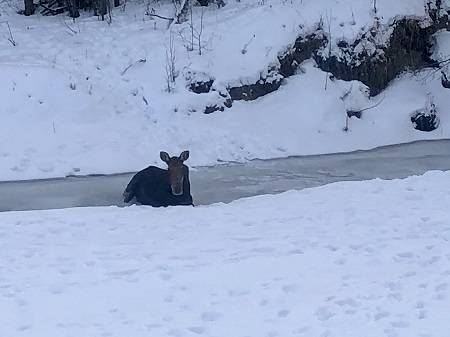 Later in the evening, on December 23rd, 2020, Cpl Gardner led an entourage of emergency vehicles around several local streets of  Hudson’s Hope and the Jamieson Subdivision for an impromptu Christmas light tour. Several residents looked out their windows and came to the ends of their driveways to see the convoy of well lite up emergency vehicles that were using their sirens and playing festive music, spreading Christmas cheer. 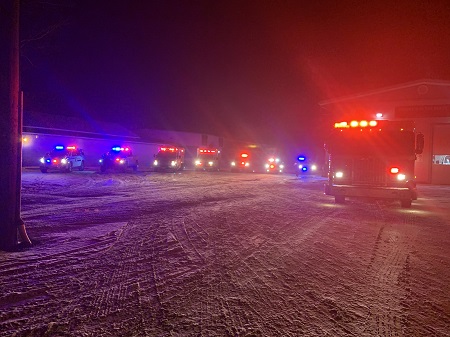 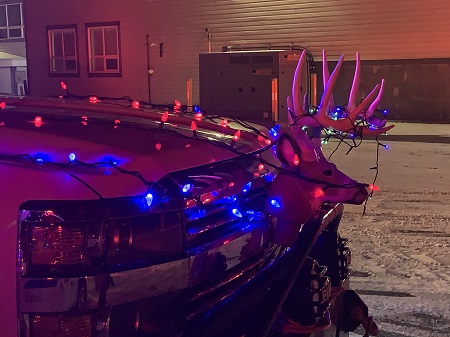