Do you know who these people are?

On Thursday, July 23, 2020, at 8:21 AM, Revelstoke RCMP members responded to a report of a two vehicle collision east of Revelstoke on the Trans-Canada Highway.

A Ford Expedition, which had been reported stolen in Foothills County Alberta had collided with a semi-truck. The driver of the Expedition was immediately picked up by a black Ford F350 and left the scene, headed west.

RCMP from Sicamous and Salmon Arm, along with CP Rail Police, immediately set up a road block on the Trans Canada Highway in the Solsqua area looking for the west bound truck.

The truck was later located on a forest service road off of Mclean Sawmill Road in Malakwa. This vehicle was determined to be stolen as well and attempted to evade police by reversing the truck directly at the police.

The occupants of the truck, two men and one woman fled on foot into a forested area. An RCMP police dog unit tracked the suspects over the heavily wooded area which lead to the CP rail tracks and the Eagle River. Despite an extensive search, the suspects were not located. Investigation discovered that the suspects were observed on the security camera footage of a residence in the area.

At 4:00 PM, a black side by side ATV was reported stolen in the area the suspects were seen. 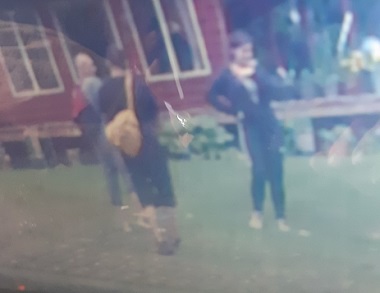 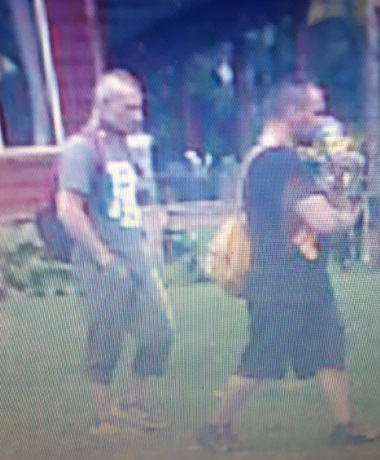 The second suspect is described as a Caucasian male, between 30-40 years of age, average height and build, short black hair buzzed, wearing a black shirt, black shorts, runners and carrying a shoulder bag.

If you know who these people are or where they may be, under no circumstances should you attempt to apprehend them. Call the police immediately, said Sgt. Murray McNeil, detachment commander Sicamous RCMP