On February 1, 2020 at approximately 3:30am, Fort St John RCMP received a report of five men with  a baseball bat who had smashed windows at 9816 103rd Ave and then fled the area.  Both, the front entry door window and the inside entry way door window, were damaged. 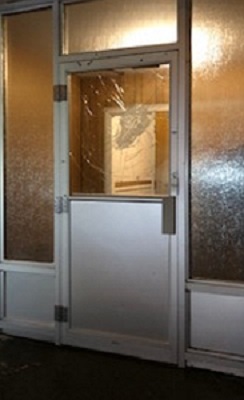 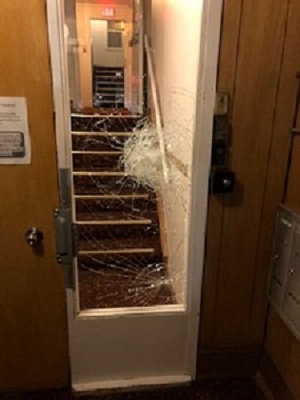 The 5 men were described as:

"This mischief appears to be random as no person was target or injured," said Cpl James Gray.  "We are hoping the public might be able to provide some valuable information which can further this investigation."

The Fort St John RCMP continue to investigate and are asking anyone who may have information about the mischief to building to contact police. If you have information about this incident or can assist in identifying possible suspects, you are asked to contact the Fort St John RCMP at 250-787-8100. Should you wish to remain anonymous, please call Crime Stoppers at 1-800-222-TIPS (8477) or submit a tip online at www.crimestoppersnebc.ca.