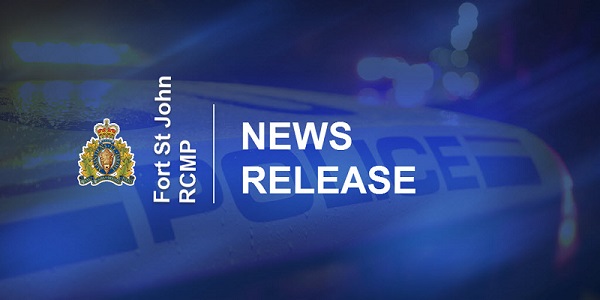 Frontline officers attended immediately and located two suspects in the building.  The two suspects, a man identified as Shonn Payou, and a woman, identified as Tammy Rain, were taken into custody.  Initially, Payou provided a false name to police, in order to hide his identity.  Both were transported to the RCMP detachment and held for court.  It was determined that Payou had two outstanding warrants, one for Driving While Prohibited out of Dawson Creek, and the other for Break and Enter and Possession of a Weapon for a Dangerous Purpose out of Fort St John.

Shonn Payou was arrested on his warrants and is facing two new charges; Break and Enter with Intent and Obstructing a Peace officer.

Tammy Rain has been charged with one count of Break and Enter with Intent.

"In most cases, reports of Break and Enters come in when suspects are long gone," said Cpl Chris Christinger.  "This time, police received a timely report and frontline members were able to respond quickly and arrest the suspects on scene."

Both Payou and Rain were released on a Release order for future court dates.