Surrey RCMP is releasing a sketch of a suspect from a sexual assault that occurred in Hawthorne Park over the weekend and asking for the public’s assistance identifying him.

On November 13, 2021, just after midnight, Surrey RCMP received a report of someone screaming in the area of 106 Avenue and 142 Street. Police attended the area and located a woman who had been physically and sexually assaulted in Hawthorne Park.

The victim initially met the suspect in the 10500-block of King George Boulevard and they walked to a secondary location. While en route to the location, they walked through a wooded area where the suspect attacked the victim. The victim sustained non life-threatening injuries and was transported to a local hospital.

The suspect is described as a Caucasian male in his 30’s, 6 feet tall, with a ginger beard and wearing all black.

Surrey RCMP’s Special Victims Unit (SVU) has conduct of the investigation and is in the process of reviewing video from the area. A sketch of the suspect is being released and police are requesting anyone who can assist with identifying him to contact Surrey RCMP at 604-599-0502.

Initial indications are that this attack is linked to street level sex work. TheSurrey Woman’s Centre’s SMART Van works closely with SVU and is engaged to provide support to the victim and distribute information regarding this sexual assault.

We want local sex trade workers to be safe and remain vigilant to this additional risk to their safety, says Surrey RCMP Media Relations Officer Corporal Vanessa Munn. The decision to disclose that the victim is a sex worker is to ensure that persons in this vulnerable group specifically, can be aware of this incident. 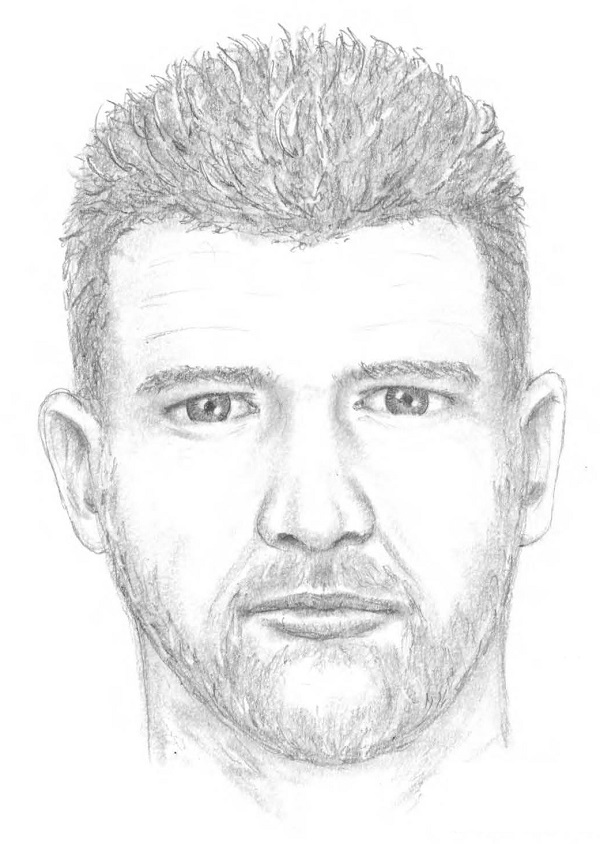