On Sunday November 22nd, Marlow and Cst. Hrynyk were called into action after a suspect stole a Dodge Ram pick up truck from Davis Bay.  The suspect then smashed through a gated property in Selma Park before driving erratically to west Sechelt where he collided with a tree off of Reeves Road.  The male suspect then fled naked, on foot, from police.  Marlow followed the suspects path and led police to a boat that the suspect was hiding in on a private residential property.  The 27 year old male, who is well known to police, was arrested without further incident.

Cst. Hrynyk and 19 month old Marlow have just returned from Innisfail, Alberta after graduating from the Police Dog Service Training Centre where Marlow had been honing her skills of tracking and searching.  Way to go Marlow and Cst. Hrynyk! 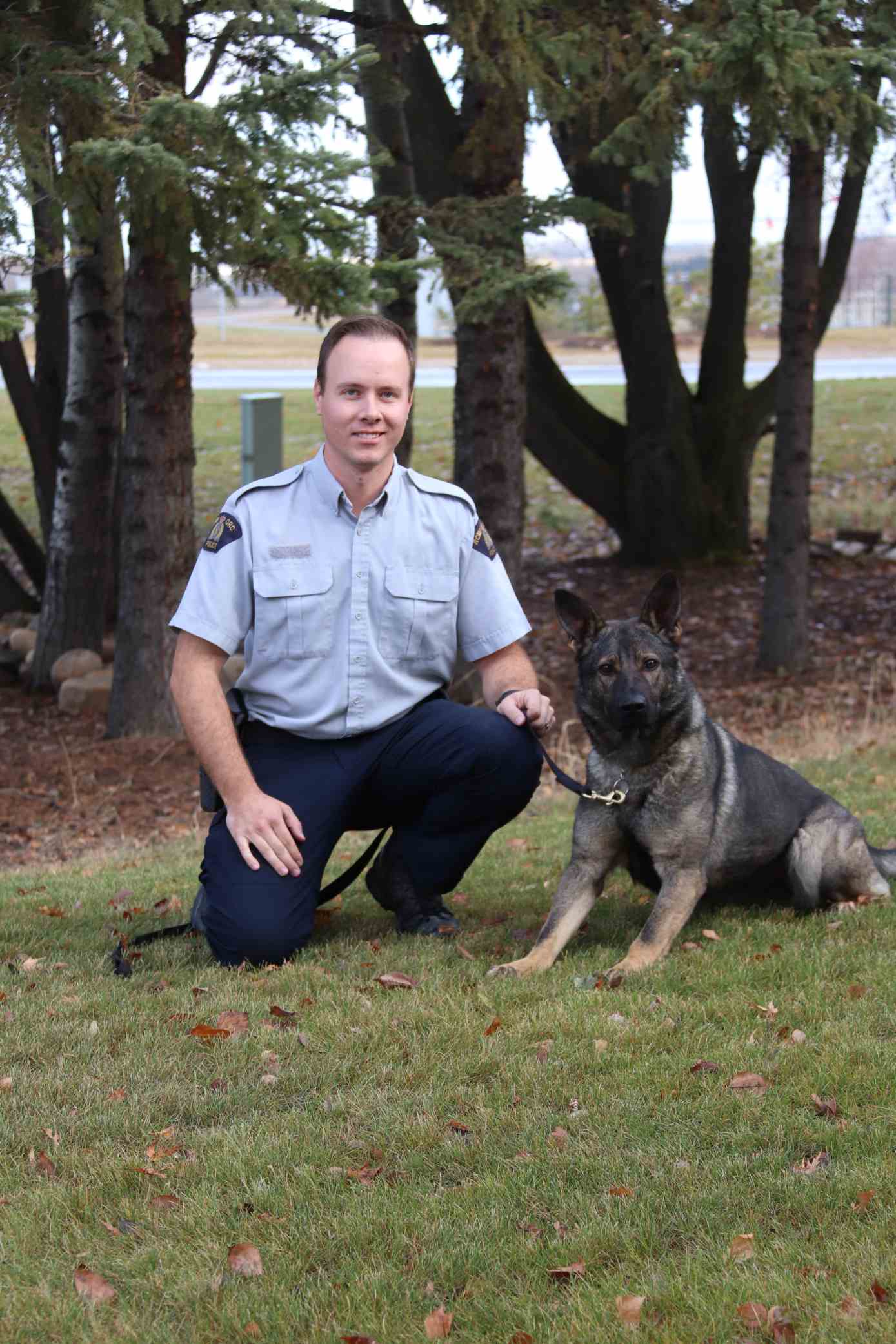