In an effort to further their investigation, North Vancouver RCMP are releasing a composite sketch of a male suspect who allegedly sexually assaulted a female youth on Friday, February 11, at approximately 5:30 p.m. on a trail in the Seymour Heights neighbourhood. The incident was the subject of a previous public alert issued February 25. 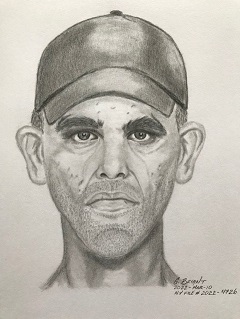 The youth was walking on a trail close to a bridge in Trillium Park in the Seymour Heights neighbourhood when a male approached her and groped her. She managed to fight off the male and flee.

Anyone who believes they recognize the male pictured in the sketch is asked to call the north Vancouver RCMP at (604) 985-1311.