A number of electronics were returned to City Hall and a man was arrested, thanks to the help of a City of Kamloops employee.

On Sunday Sept. 12, 2021, around 6:30 p.m., Kamloops RCMP responded to a break and enter at City Hall. According to the report, a City of Kamloops employee saw a man leaving the building on Victoria Street West with a duffle and two laptop bags. Thanks to the assistance of the employee, police were able to locate a suspect in an alleyway nearby. 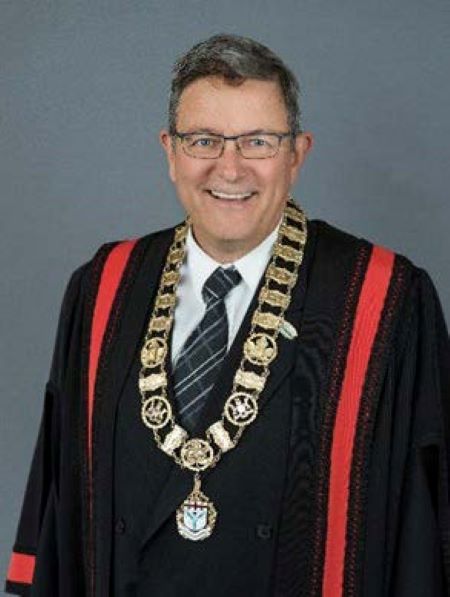 In this case, the employee’s efforts and actions allowed for police to quickly locate and apprehend a suspect known to police, as well as retrieve a significant amount of City property, said Kamloops RCMP Superintendent, Sydney Lecky.

A 37-year-old Kamloops man was arrested and remains in custody, awaiting a court appearance scheduled for today.

While a number of electronics were recovered as part of Sunday’s investigation, police are still looking for other items stolen in a separate incident at City Hall, earlier in the week.

On Sept. 10, 2021 police were notified of a break and enter at the same location, during which the Mayor’s Chain of Office was stolen.

The Mayor’s Chain of Office is unique and a significant piece of Kamloops history, said Superintendent Lecky. We are asking residents to please be on the lookout for the chain. We would appreciate any help the public can provide in assisting with its safe return.