Do you know this woman? Police look to identify armed robbery suspect

The Kamloops RCMP are looking to identify a suspect after a man was allegedly chased by a shoplifter with a hammer.

On February 13, around 8:20 p.m., Kamloops RCMP frontline officers were called to the 1000-block of Hilltop Avenue, where an employee reported he was chased through a store by a woman with a hammer after she was confronted while attempting to steal hundreds of dollars of merchandise. The suspect also allegedly threatened to stab the employee.

Police patrolled the area, viewed surveillance, and seized evidence related to the offence.

We are releasing the suspect’s image in hopes that someone identifies her or better still, she does the right thing and turns herself in, said Constable Crystal Evelyn, spokesperson for the Kamloops RCMP. 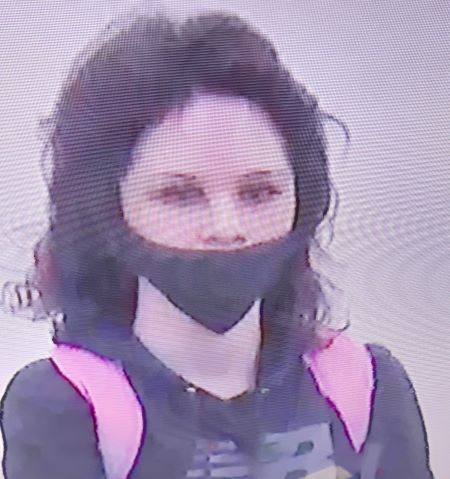 Click to view larger image. A Caucasian woman with dark hair has a black mask covering her mouth. Pink backpack straps can be seen on her shoulders. Her sweater is black with a NB logo in grey letters.