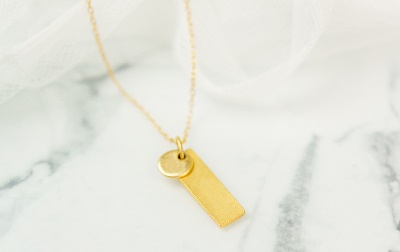 View a high-resolution photo: Picture of a gold necklace.

Coquitlam RCMP are warning residents to avoid becoming a victim in the current Fake Gold Scam, that is on the rise across the country.

Romanian Organized Theft Groups (ROTG) travel around the world committing low-level crimes including selling fraudulent items and distraction thefts. ROTG typically approach potential victims in high traffic areas such as shopping malls, gas stations, bus stops and grocery stores. They often target people who have a desire to help someone in need. Not long after the interaction is over, the individual realizes that they were scammed, and the suspect is long gone. Police understand that you may be embarrassed to report that you have been scammed, says Constable Deanna Law spokesperson for the Coquitlam RCMP. There is no reason to feel embarrassed, it is more important that the incident is reported to police so that we can thoroughly investigate.

Coquitlam RCMP Crime Analysts found a total of three reports of fake gold scams and two reports of distraction thefts in our community in 2021. A review of files in the Lower Mainland showed sixty-six reports of selling fraudulent gold and distraction thefts. ROTG travel throughout the country and are active in small town communities as well as larger urban cities. As of March 5, 2021, ROTG have stolen thousands of dollars in jewelry and scammed victims of over $10,000.

We are aware that many incidents go un-reported. Often time’s victims are too embarrassed to acknowledge that they’ve fallen for a scam. If you have fallen victim to any sort of scam, please call your local police. In Coquitlam or Port Coquitlam please call the non-emergency line at 604-945-1550
For more information on fraud prevention, please visit the BC RCMP website or the Canadian Anti-Fraud Centre.