Prince George RCMP is currently investigating a string of break-and-enters to some local cannabis stores, which occurred overnight between Monday, October 3 and Tuesday, October 4, 2022.

The first incident occurred shortly before midnight on October 3 on the 1500-block of Victoria Street. Multiple suspects broke in to the business and then left with various items from the shop. The second incident occurred just a short time later, around 1:00 a.m. on October 4, where suspects with similar descriptions broke into a store on the 3300-block of Massey Drive and stole items from this location, as well.

While investigators were still gathering information from the first two incidents, a third report was made just after 3:30 a.m. from a business on the 400-block of George Street. In this incident, the property manager was watching a live-feed from their video surveillance of multiple suspects breaking into the business. Images provided to police from the surveillance showed suspects similar in description to the first two incidents. 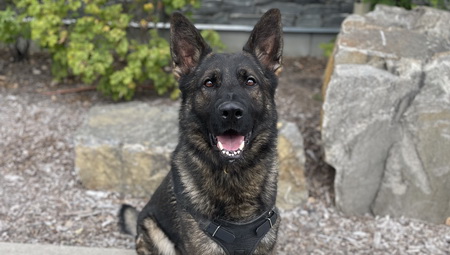 Frontline Police Officers flooded the area of the last break-and-enter and, with the assistance of Police Service Dog Natz, were able to successfully locate one adult male suspect and two youth male suspects, who were arrested and transported to the Prince George RCMP detachment to await court. Investigators are still on the lookout for two suspects, who appear to be females between the ages of 16 and 21. We are asking that anyone with information about these events or who the suspects may be please contact police by calling the non-emergency line at 250-561-3300, states Cpl. Jennifer Cooper, Media Relations Officer for the Prince George RCMP.

Initial estimates put the cumulative total of stolen product and damages to the businesses over $30,000.

The three suspects held for court are all known to police. The files remain under investigation.