It is 911 Awareness Week in B.C. and the Prince George RCMP want to recognize the hard work and dedication our Dispatchers in Northern B.C. do every day to help keep us safe.

The North District 911 RCMP Dispatch Centre (OCC) is responsible for Police call taking and dispatching for 36 RCMP Detachments in Northern B.C. In geographic terms, their jurisdiction covers 72 percent of the B.C. geographic land mass, from 70 Mile House to the Yukon border and from Queen Charlotte Island to the Alberta border. In addition, they provide status keeping for the Conservation Officer Service, RCMP Coastal Marine Section and RCMP Air Services, both fixed wing and helicopter. They are also the secondary answering point for police 911 calls that ECOMM, Prince Rupert and Grand Prairie down-stream. 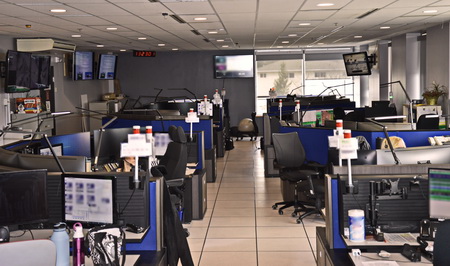 We believe our purpose is to be the vital link between police and public. We are trained and ready to answer calls for service during times of need. Those calls range from simple, to complex, to unfortunate, tragic loss of life, says Blain Angielski, Team Leader for North District OCC.

There is currently approximately 80 staff members at the dispatch centre and they are hiring. If you are interested in a career as an RCMP 911 Police Dispatcher in Prince George, you can visit their website at https://www.rcmp-grc.gc.ca/en/telecommunications-operators-9-1-1-dispatcher.