Over the past four weeks, the Prince George RCMP increased its focus on those responsible for street level drug trafficking and the associated violence that comes with that lifestyle.

Members have worked on specific targets and have collaborated with partner agencies such as the Uniformed Gang Enforcement Team (UGET) in an effort to curb the violence in Prince George. One thing they have noted is the increase in firearms seized during these projects. The following is a selection of the firearms seized in Prince George in January.

PG RCMP seized this handgun during a robbery investigation at a residence on the 1600 block of 11th Ave. Police found the pistol in the backyard with the magazine discarded in close proximity. 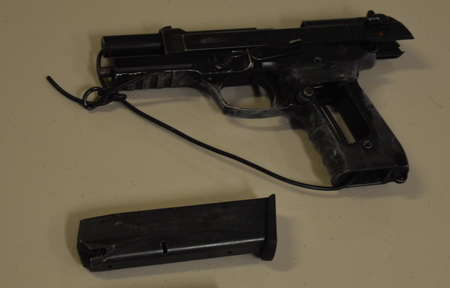 Members of the PG RCMP Downtown Safety Unit attending the Ramada Hotel at 444 George Street for complaints of non-compliance under the Public Health Order located these five firearms stashed in multiple hiding places around the room. Even though one is an air gun, it is nearly impossible for police to determine that detail at first glance. Police also found large quantities of ammunition stashed in the hotel room. 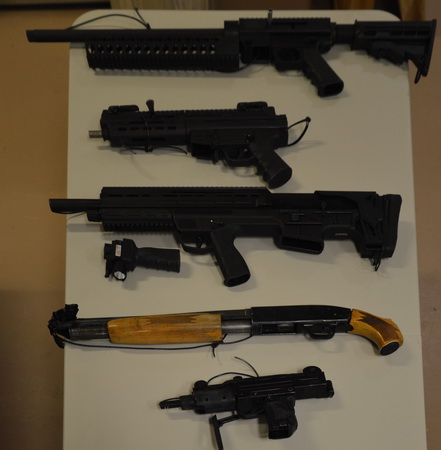 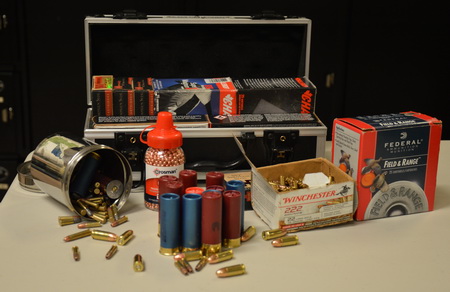 Members of the Prince George RCMP’s Street Crew Unit located a prolific offender wanted on arrest warrants driving a stolen vehicle and they tracked the individual to the Walmart parking lot at 6565 Southridge Avenue. After arresting the suspect, Street Crew Unit members located a loaded 5.56 semi-automatic rifle at the driver’s feet and loaded, sawed-off shotgun under the passenger’s seat. Police also noted that the magazine for the rifle had the pin drilled out and it was loaded with 23 rounds of ammunition, making it a prohibited item. 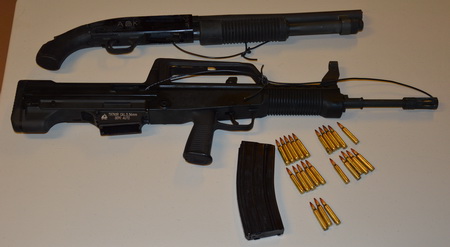 Members of the Prince George RCMP Downtown Safety Unit executed a Controlled Drugs and Substances Act investigation at a residence on the 1400 block of Milburn Avenue. Members seized these loaded revolvers, later found to be a BB guns, off a person at that location. Various forms of ammunition for firearms other than the BB gun were also located at the residence. 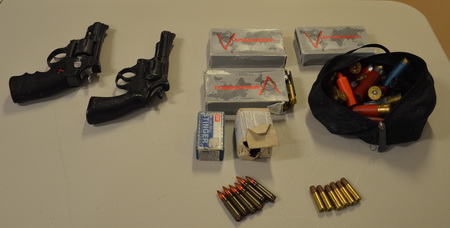 The Prince George RCMP wants to remind firearms owners to lock up their items in a secure place, such as a safe. In addition, to keep in mind when at the gun range or when talking online, not to mention where your firearms are stored. Easily accessed firearms are a high priority target for many thieves. When transferring ownership of a restricted or prohibited firearm, make sure you are contacting the Canadian Firearms Program at 1-800-731-4000 for the proper process. Illegally obtaining firearms from outside of Canada is only one of the ways criminals obtain these weapons.