In the early morning hours of Tuesday, January 5, 2021, the Prince George RCMP’s Street Crew Unit conducted surveillance on a stolen 2018 Ford F150. Burns Lake RCMP have been looking for this vehicle in relation to a Break and Enter from their area on Tuesday, December 15, 2020.

After conducting surveillance on the vehicle, members of the Street Crew Unit made the decision to arrest the driver of the vehicle. The driver then attempted to flee in the stolen truck, colliding with several RCMP vehicles during the attempt. Police arrested the two occupants of the vehicle and held them for investigation. 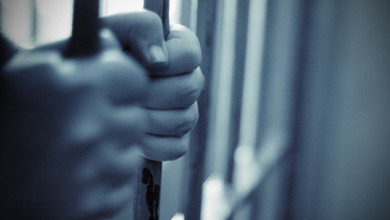 Picture of hands on cell bars

Mounties identified the driver as 37-year-old Eric Wayde Johnson. Police in Prince George are familiar with Eric Wayde Johnson. The BC Prosecution Service approved charges of Flight from Police, Possession of Property Obtained by Crime Over $5,000,
Dangerous Operation of a Motor Vehicle and two counts of failing to comply with his current bail order. Eric Wayde Johnson will remain in custody until his next court appearance.

Police released the second occupant of the vehicle without process and as such, police will not be identifying them.