Richmond RCMP officer-in-charge, Chief Superintendent Will Ng, prepares to leave Richmond to take on a new challenge as Assistant Commissioner in charge of Federal Investigative Services and Organized Crime for BC RCMP. 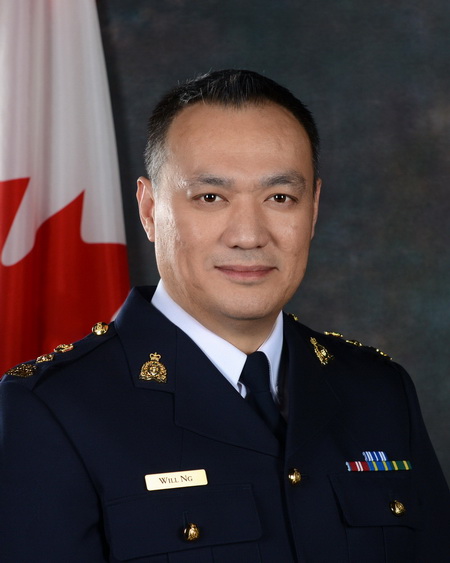 Chief Superintendent Ng has proudly served as the Officer-in-charge of Richmond Detachment for the past five years. During his time as the officer-in-charge, he has thoroughly enjoyed working with the Mayor and Council, City staff, members, municipal employees, volunteers and community partners.

Under Chief Superintendent Ng’s leadership, Richmond has continued to be one of the safest communities in the region, said Mayor Malcolm Brodie, City of Richmond. His strength, dedication and vision has made the Richmond RCMP detachment a shining example of how police and municipalities can work together to build a safe and resilient community. We wish him well in his new role and look forward to continuing our strong relationship with the RCMP.

Chief Superintendent Ng remains focused on the diverse needs and partnerships that make up the community of Richmond and is committed to ensuring a continuation of the first class policing service it so rightly deserves.

Internally, Chief Superintendent Ng has worked tirelessly to ensure there is a positive workplace culture for the officers, civilians and volunteers that serve the detachment. His on-going and continued commitment to this has earned him great respect and appreciation amongst the detachment. While he will be missed, those working alongside him are confident this culture of positivity will continue.

Serving alongside the members, civilian staff and volunteers over the past five years has been an absolute career highlight for me, says Chief Superintendent Ng, I am extremely proud of the many outstanding accomplishments that have been achieved and know the community of Richmond will continue to be well served.

The timeline for transition into his new role has not yet been determined. During this period of transition, Chief Superintendent Ng will proudly continue to serve the community of Richmond until a successor has been selected and transitioned into their new role as Officer-In-Charge of Richmond Detachment.