Statement from Deputy Commissioner Dwayne McDonald, the Commanding Officer of BC RCMP

It is with great sadness that we share that earlier today our Police Service Dog Gator died while assisting with a call in Campbell River. We are mindful that the incident is under investigation by the IIO BC as it is related to a fatal police-involved shooting, so no further information is being released about the incident.

PSD Gator was born May 1, 2014 and spent his entire service with partner and handler since June 10, 2016 in Campbell River. 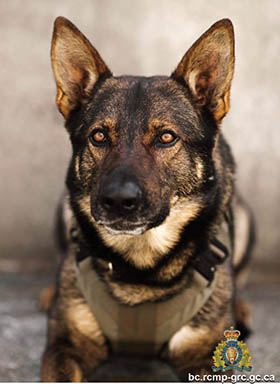 Our dogs are valuable police resources that provide operational assistance on a daily basis, companionship for employees and act as community ambassadors for our detachments.

PSD Gator was no exception. Gator was involved in a variety of files including finding a distraught man in a snowfall and helping with the arrest of a knife wielding man who robbed a store. He was even named Campbell River RCMP’s Mountie of the Month.

Inspector Jeff Preston, Officer in Charge of the Campbell River RCMP, says that the loss of Gator has affected the detachment. He adds, The loss of Campbell River’s Police Service Dog Gator today, is something I never thought I would have to endure. The importance of the role he played in keeping our community safe will not be forgotten. 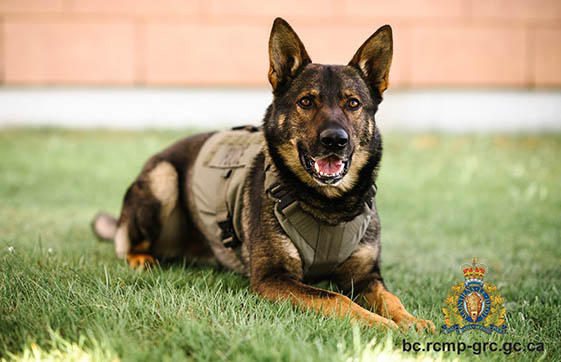 Our thoughts are with the injured handler and the Campbell River Detachment at this time. Full supports are in place to help his partner and colleagues as they deal with the difficult loss.